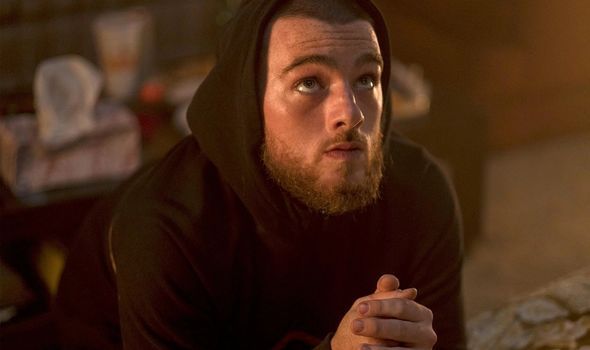 Jayden Kano was born in Nyheim on May 23 1998. His father was a police officer and his mother a butcher at a local deli. Growing up, Jayden lived a relatively normal life, following in his fathers footsteps to train to become a police officer like him. Throughout his teenage years he excelled in school and was able to spend most of his time hanging with friends because of how natural he was in his schooling. He hardly needed to study. For college, he traveled abroad to the United States, attending Illinois State University for a degree in criminal justice. Once he got his degree, he traveled back to Nyheim, applying for a large local police department, much bigger than the one that his father had originally worked for. Jayden excelled in academy, and before long was sworn in as a police officer, but he barely was on the job for a year when the outbreak hit. Jayden tried to stay loyal to the job as long as he could but once it became clear this was much bigger than a normal pandemic Jayden gave up and focused on his own survival, doing whatever it takes to stay alive.