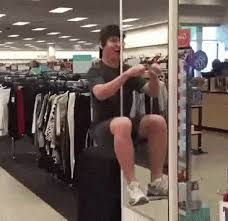 Slang was born in the suburbs of Flint Michigan during the 2000 state fair where his mother gave birth to him on the cyclone. Both his parents died from a water sickness. From that point on his name would be slang from his mother slanging him around. As his childhood progressed he found himself working at the Chuck-E-Cheese where he stole kids tickets to purchase candy and cotton candy. As he hit a fat lick on those kids he discovered the passion for stealing. Slang happened to discover a skill of sneaking and just being slimy to get out of places from stealing blood from the local hospital for "projects" to taking walking canes from the retirement home from those old bastard he made a living.   He was fired from that job to eventually find work as a crack-filler for the local masonry. As he filled the cracks in stone he was extremely addicted to the art of stone work and eventually become very fond of Crack cocaine to steal tons of kilos from the local gang to snort. During this work as a crack filler he was passionate with his job and worked with local landscapers where he met "Mason Slimer" who instantly became a man to be friends with and eventually follow him to New York to be apart of his gang "The Slime's". Upon arrival in New York Slang had to prove his worth by climbing the Statue of Liberty and cover himself in Transparent substance know as slime to evolve himself into the gang. Then the virus broke out and the Slimes felt at home to cause mischief amongst the survivors and hit fat licks all over the world and eventually die as a Slime.