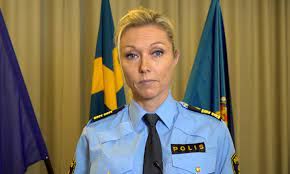 Hans Hogman grew up in realative happiness during the 80's and 90's in Malmo,Sweden. His Mother was a housewife and tended to him and his brothers while his father would spend his time working in the local police force.

He was inspired by his father's stories of catching criminals and keeping order. Following in his father's footsteps he joined the police force at age 20
His character developed in his teenage years that would see him become a Brave, Content, Gregarious and Just man who was deeply rooted in his Christian Protestant Faith.

He worked steady there for the next 15 years, attaining to the rank of Sergeant. In 2013 he met a Norweigan girl and would become engaged to her. In 2015 after being married they moved to inherit her parents farm near Neheim.

He worked on the farm until he gained his norweigan citizenship and began the process in joining the Police force there.

When the calamitous event kicked off in the 2020's he would work closely with individuals from PLIKT.

This would lead him to join Ordensgruppe av Plikt due to his experience with Security Services.
WIP WIP WIP