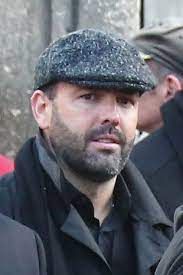 Born and raised in the North of Ireland, in the heart of County Tyrone. Declan was raised as a son of Packie O'Neill, a highly respected local IRA commander for the East Tyrone Brigade. Packie O'Neill was killed in an S.A.S Raid in the village of Cappagh in East Tyrone shortly after Declan's birth. Declan was then raised by his Mother, who wanted better for her son than for him to join the local brigade, Declan abstained from joining the East Tyrone Brigade despite constant pressure and threats against him and his mother.

By the time Declan was 26, he had moved out of Tyrone into Belfast where again he was targeted by the IRA and pressured to join, once more he abstained, until two commanding officers of the IRA Gerald Adams and Martin Bushmills approached him with information regarding one of the SAS officers that was involved in the raid that took the life of his father Packie. The deal was that in exchange for this information, Declan was to join the IRA and become part of an ASU.

This information that was presented to him stated that one of the members of the SAS had officially retired in Nyheim. Declan adamant to find his fathers killers took it upon himself and left the North of Ireland and travelled to Nyheim in pursuit of the man that had taken his fathers life. It was then when the infection struck, and the borders were closed off. Declan was isolated and alone or so he thought in this vast place which he knew nothing about, he wandered about for many days looking for signs of life, to which he saw very little. One day on his travels  he came across a man named Lewis Schultz whom had been travelling with a group of Irish. Declan was invited to join the group of Irish that were feared across the lands and overtime grew to forget about his original reason for arriving here.

As time passed the Irish then got involved in many conflicts, which claimed many lives on both sides. Declan then chose to leave the group and decided to wander alone. It was then when he met Grisha Petrov, a man whom he had heard about through whispers, a savage mercenary that would do anything as long as the price was right. Declan asked of Grisha would he be able to assist him in finding the retired SAS man to which he replied in confident tone that he would.

Grisha Petrov was a man of his word.

Declan was then alone again, until he met up with Lewis once more, who was going along with a small band of survivors, Lewis again offered Declan a place by his side once more, which Declan accepted as he knew he couldn't survive the world much longer by himself...