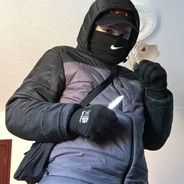 Lucas Was born in Croydon in London, his dad left him when he was a kid and this took a big impact into Lucas to who he is now. Growing up LM struggled through school because he took most of his time chatting up girls in his class instead of listening to any of his teachers but ended up turning to a life of trapping (dealing drugs) he started up a county line selling drugs from Mcat to black tar heroin. He was well known around London for someone not to mess with. When L.Dot (Lucas street name) turned 18 his mum found a new husband and got re-married this is where he met his step brother Joshua Speirs who he trapped and improved his county line with. Eventually the two roadmen ended up employed under the Old Crown pub which was a front for an underground gambling and drug trafficking organisation which had links all across europe. Business was booming with relative ease and was becoming one of the biggest firms in the UK and even western europe, The Old Crowns Illegal backroom poker games coming to light with the local authorities. Arrest warrants and investigations caused so many to flee the country in all different directions and so Lucas, Joshua spiers and a few others fled to Various countries all over the world such as Russia, America, Austria ETC where they had set up a safe houses and foreign links to stay at a few weeks until the wrath of the feds died down, however this is when the martial law was instated about the infection, due to the growing infection and the end of the world coming to a near, Joshua and Lucas ended up wandering the waste's looking for food, survivors and other people alike and a safe haven.. eventually they find a small rhib to which they where in however Nyheim got over ran by infected and dangerous people. Lucas was told in his journeys that Nyheim was the only place left in the world with food guns and drugs left lucas ossas decided to take this to consideration and try rebuild his drug county line again.