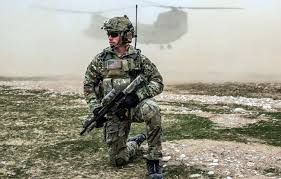 i was asleep when the virus hit and i had a strange dream that night that russian forces came in and took my family except for me I did not think anything of it. Untill I woke up the next morning and saw my house was trashed and the streets were empty cars abandoned on the road. I walked into my moms bedroom just to find a trashed room. I could not believe it my dream were right they took my family or was it a dream. I tried to just keep moving one day at the time but nothing were the same I did not have anything to live for fight for but I kept moving hoping one day I'll find her. But that day never came. I'm hoping that someday someone will find a cure so this all came to an end. I grabbed all my gear from the military knowing it would come in handy. I found a small city hoping i could set up a camp and sleep for the night but that would not last long because the zombies found me right away i got so scared that i jumped out the window and ran untill i could not run anymore. I looked around and all i could see was darkness im hearing footsteps all around me so i climbed up a tree secured myself with a rope so i would not fall down in my sleep. I did not get much sleep that night all i could think of what i could have done if this never happend. But i fell asleep at somepoint and woke up the next morning looking around and praying it would not be any zombies nearby. I was clear and then I began my walk to the seaside. I found a little rowboat with a motor and just started it and went out on the sea. After about two days on the sea I saw land for the first time I was so happy to see land and when I stepped out I met a man i don't remember he's name but I asked him where I was and he said to me I was in nyheim I kinda just rolled with it and I thought I were safe I was wrong it was the same here the virus was here too. Now I dont have a family or any friends and I hope I can get some friends