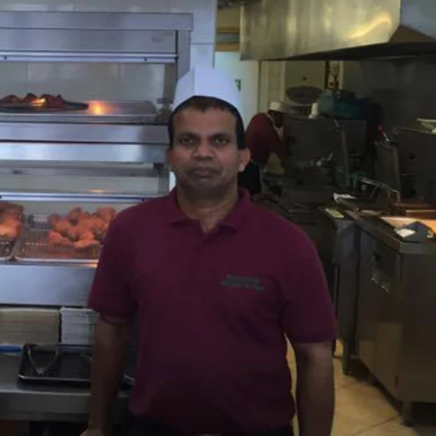 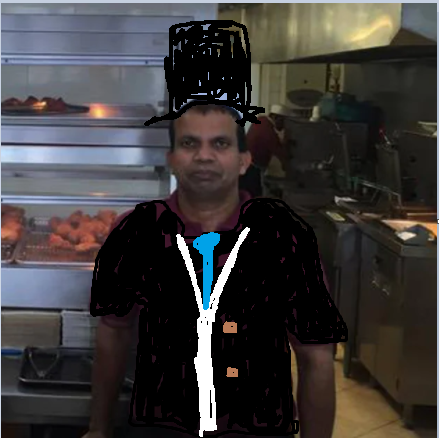 Fryer of chicken, Fighter of terror.

Wearer of Tan, User of NOT motor oil.

Mohammed Sharma was born on exactly the 4th hour and 23rd minute on EasJet Airlines flight 6223, over international waters above the Black Sea.  A child to Indian Migrants, who settled in London. Growing up in the 80s was an interesting time to be a migrant in England. Jobs were scarce, and Mohammed's parents simply couldn't afford to raise a young man in central. Drastic action had to be taken, and Mohammed thought to the States. Most importantly, its explosion of fast food. Moe made the choice, it was all or nothing, and in a spur of madness he accidently dropped some chicken into a conveniently placed vat of boiling oil. After less than a minute, Mohammed picked it up. The skin glistened, and even without seasoning, Mohammed's first bite came to change his life forever.

That was it, Mohammed opened his first shop. "Moe's Chicken".

It took London by storm and withing days the money started flowing in.

It became a chain, and "Moe's Chicken" began to spring up all over the Country.

Norway was the first place chosen out of a random country generator, so off Moe went, hoping to begin his entrance to the national food market.