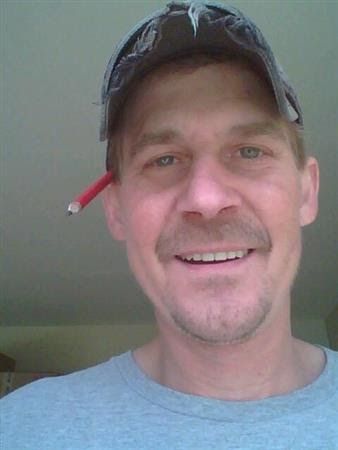 Patrick Garfield is a stereotypical southern conservative man. He was born in 1982 and lost his mother during his birth. Patrick's father was his role model throughout his youth and raised him with minimal outside help. His father, Stewmon Garfield, was a blue collar conservative through and through, and he raised his son to share his beliefs. The two had a great relationship and were practically inseparable. However, at age 19, Patrick lost his father in a deadly car crash. Patrick was devastated and turned towards substance abuse to cope with the loss. He quickly found his substance of choice, Amphetamines. Whether in the form of prescription Adderall, powdered Amphetamine, or any crystalized variation, Patrick would happily load them into his bloodstream. His constant consumption of stimulant narcotics brought a lack of sleep and Patrick was often in a state of mild psychosis as a result.

After several years of rampant drug abuse, Patrick was diagnosed with chronic schizophrenia at the age of 22. However, his warped perception of the world led him to distrust his psychiatrist and in turn reject the diagnosis. Patrick's drug abuse continued undeterred and only grew more excessive with time. Eventually he made the decision to start his own company which he named "True-Net." True-Net was a networking agency that primarily focused on providing access to a large network of electronic manufacturing companies all across the world. Being an international company, Patrick was often travelling around for business meetings. Eventually he began to settle down and decided to immigrate to Norway.

Patrick, being a paranoid schizophrenic, spent a lot of time preparing for the many world-ending scenarios that brought him anxiety. This happened to work out in his favor, as at the first mention of a viral outbreak he sealed himself within the bomb shelter he had constructed in his back yard. For several years he worked his way through the massive stockpile of food that he had prepared and only began to run out in late 2021. Knowing very little about the geography of Norway, Patrick set out blindly into the country to find sustenance. At some point he managed to stumbled his way to Nyheim and after noticing the active population in the area, decided to stick around.