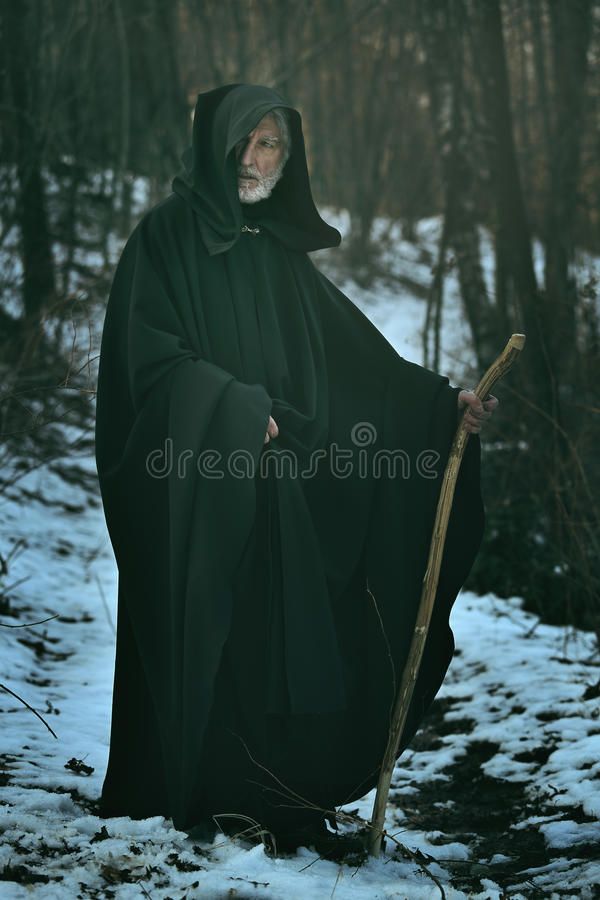 Wotan Njalson was born into a small pagan community in Vik Iceland. He grew up mostly outdoors, where he learned to hunt, fish and survive in the woods. He also learned what he believed to be the most important information he could and would ever learn, the stories of the gods. Around many a campfire Wotan listened to his father tell him the old stories, it was at a campfire like those that he lost his eye many years later, after a hunting accident. It was then that Wotan decided to dedicate his life to Odin and travel the country telling stories. As the years went by Wotan began to become more eccentric, dressing how Odin is described. Wotan moved to Norway around the year 2008, where he worked as a hiking, skiing and hunting guide, until early 2019, when he decided to go into complete isolation in the forests and mountains of Norway. during his long isolation he spent his time hunting, fishing and most importantly to him memorizing as many of the stories of the gods as he could. After two years of isolation Wotan swore that he heard a voice tell him to travel to Nyheim and end his isolation, when he arrived he saw what to him looked like dead people walking around, and as he watched he saw one become aggressive and attack a deer that had come too close, he quickly decided to find someone that could tell him what had happened while he was gone.