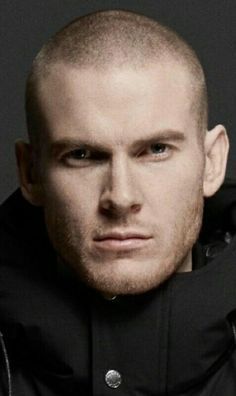 Born in Dover, England, Guldric was raised in a family of little means. He resided in Brighton for most of his life, with his father, Derrick, whom was often drunk and arguing with his mother, Evie, over what seemed like the most pointless of things. That, and his horrible experiences at school with his grades barely staying afloat, steadily pushed him into a less savory life, alongside his brother, Devon. The twin brothers would constantly get into trouble, doing petty thefts, or some vandalism here and there. They were bordering on being juvenile delinquents, and once they started getting older, it was clear they had to go about things smarter than they already were.

They left their parents' home when they were old, and independent enough. Both of them kept regular jobs, sure, as Guldric was well on his way to becoming a mechanic, after having tried a whole heap of side jobs unsuccesfully. But where his talents truly lay, was burglary. His brother, Devon, was a repairman at an independent company, and often got a good look inside houses, getting all the inside information they needed. While Guldric, on the other hand, was very handy with the tools of the trade, and quite smart and adaptive. The pair landed score after score, with the police seeming to be pointedly lacking on their trail. And despite the caution that their choice of profession warranted, life was good for a fair while.

Good enough, even, that once Guldric reached his late twenties, he was talking about stepping away from it all, particularily after one heist had nearly cost the life of the building's residents. He was in it for the money, and perhaps a little for the thrills, but his brother, on the other hand, seemed to care little what happened to the people they stole from. So, after this particularily violent encounter, Guldric wanted out.
Devon wasn't too pleased about that, as it would be very difficult to find a partner in crime to rely upon as much as he could Guldric, but his mind was set. Guldric would instead focus on his legitimate work, maybe even starting a garage of his own. It was also during this time that he would meet his Norwegian girlfriend, Nora. They met when Nora's car had broken down on the side of the road, and he'd helped her out. For a good few months, life had been better than Guldric had ever known. Things were going well between him and Nora, and he'd almost saved enough to start his own business. After knowing eachother for seven months, and for a bit of celebration (but also to get away from an increasingly agitated Devon), the couple decided to and visit Nora's parents in Norway for what they had intended to be about a month or so.

Though he didn't understand the language, he seemed to get on well enough with Nora's parents, and Norway had many beautiful landscapes to visit, as well. Then, just about a week before the couple would depart back to England, a national lockdown was announced due to troubling news. Not wanting to seperate, Guldric decided to stay in Norway, despite the circumstances. Everyone thought whatever was going on would blow over in a matter of months. Yet, two years later, Guldric was still in Norway, residing in Nora's family home. He'd been slow in learning the language, but had begun to know a thing or two, and had been helping Nora's father with a car that he'd been building. Though what little news trickled in was concerning, to say the least. On Christmas Eve, what had seemed so distant, had finally reached to show it's face up close and personal.

As the family was around the dinner table, drinking, laughing and cheering, the infected burst through the windows, attracted by the noise. Panic ensued, and the family's father reached for an old, double-barreled shotgun, before emptying it into the thing's body. Somehow, it was still writhing on the ground, but no one had time to think or react to what was going on. More and more of the infected began to pour into the building, and those who survived the initial onslaught ran to the upstairs of the old house. Nora, unfortunately, got grabbed on the stairs by one of the infected, and was assailed horribly, before Guldric managed to kick and fight her free. They locked themselves in a room, as not long after, the infected were beginning to beat the door down. After quickly making a makeshift bandage from the bedsheets, and gathering what they could, they decided to lower themselves out of the window and make a run for it, before the door broke down entirely. Managing to make it down, the two of them fled into the night, still hearing the horrible screams and pleas for help, in the distance...

They sought shelter in the cold, eventually finding a place that seemed to have befallen a similar fate, but was now empty. Boarding the place up, and trying to stay warm, it seemed Nora's condition was getting worse and worse, and the both of them remained in some measure of a state of shock, for a good while, still trying to process what had just happened. Exhaustion quickly gave way to troubled sleep, and the next morning, Nora's health had only deteriorated. She was visibly weakened, but with Guldric's help was still able to move as the pair sought for better shelter, or help. What they found was empty streets, and grisly remnants of horrible scenes, with much time in between as the Norwegian roads were long and hard on foot, especially in that time of the year. By the time they found shelter again, Nora was just about ready to collapse. Guldric tended to her wounds as best he could, but they were far away from any hospital, or any real help at all, it seemed. The next day, Guldric was awoken by her raspy breathing, and irritated shuffling around inside a sleeping bag they'd found, and the state he saw her in then would stay with him until the rest of his days. She was practically trying to claw her way out of the sleeping bag, clearly intent on harming or killing Guldric, and very obviously fully infected. With a kitchen knife from their current shelter in hand, he did the most difficult thing he would ever do, and was forced to end Nora's suffering.

It took him quite a while to recover from that, as he'd taken his supplies and locked himself in the storeroom of a local bar, determined to drink himself to death, going through all the thoughts that one would after such events. He'd spent a good two weeks or so like that, until supplies were running low, and a bullet in the mouth started to look mighty inviting. But something in him changed, after a while. An old radio received someone's cry for help in a nearby region, which gave him some stubborn determination to keep going, to find answers, to make a difference... or die trying. Maybe, just maybe... there was still something out there, after all.