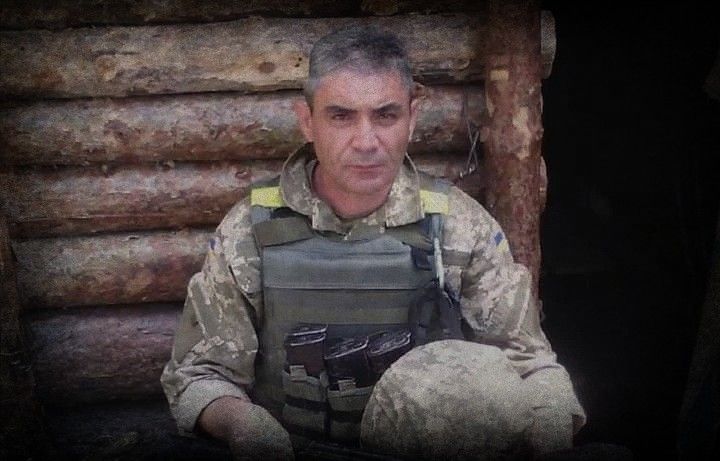 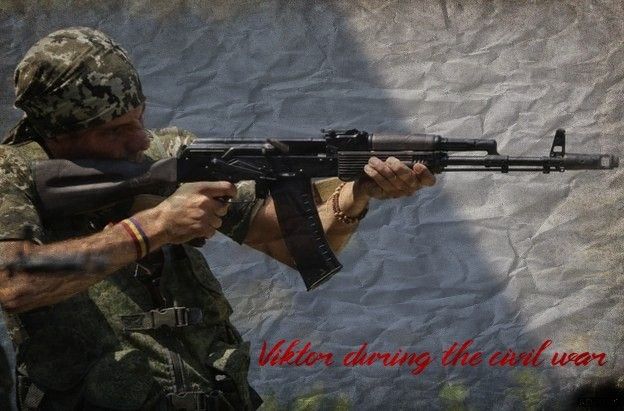 "I am on my way, stay put!"  Viktor just got in contact with his wife, she told him that multiple Chadaki fighters entered Kabanino and were killing people on the street. He rushed towards Kabanino, together with 3 CDF soldiers. He did not see any bodies and it looked rather empty inside the city.. "Where are you my dear?" Viktor whispered over the radio. "Inside the church.." his wife whispered back. Viktor moved up to the little church. When he kicked the door in, he heard multiple gunshots and he felt the warm blood of his soldiers on his own clothing. He felt a sharp pain in his left shoulder but he managed to jump inside the church. He screamed his wifes name but did not hear anyone calling back. There he was, alone, wounded, surrendered by Chedaki fighters and he had no gun, since he dropped it when he got hit. He tried to stop the bleeding on his shoulder but it was hard. Before he knew three Chedaki fighters rushed inside the church and knocked him out.

He slowly opened his eyes and saw his wife standing infront of him. What was that on her head? A Chedaki beret? How could this be possible. All of those thoughts rushed trough Viktors head. He got betrayed by the women he loved for 10 years. She looked at him with tears in her eyes. "I am sorry my dear, I knew you wouldn't join the Chedaki, but it's better for our children." He looked at her with tears filling his eyes. "How could you.. I.." He couldn't finish his sentence, he looked down at the ground, feeling betrayed. Viktor's wife took out a revolver and aimed it at his head "I will tell our children you died fighting and with honor." Viktor looked up and stared in his wife's eyes while the gun was pointing at his head. Suddenly he saw his wife's head getting blown to pieces, covering him in his wife's blood. The Chedaki fighters that were standing inside the church where shocked, but before they could react they already got killed. A young man was standing inside the church, a AK-47 in his hands and staring at the bodies on the floor. Viktor stared at his wife's body while the young man removed the rope around his wrists. "We have to go now brat, more are coming." Viktor fell to his knees and layed his head on his wife's lifeless body. "We have to go now brat, stand up!" the young man said while trying to pull Viktor off his wife. Suddenly Viktor took his wifes revolver, grabbed the young man by his throat and pushed him against the wall.  "You killed my wife you piece of shit" the young man stared at him, and slowly layed his hand on viktors arm. "She was... going to... kill.. you.." he said, while he struggled to breath. Viktor let go of the man, grabbed one of the AKM's that was laying on the floor and ran out of the church together with the young man. "Who are you kid." Viktor asked. "My name is Radek Novotnych." Viktor nods and they both moved further into the forests. Eventually Radek and Viktor split up. Radek told Viktor he had business in Norway and asked him if he wanted to come with him. Viktor didn't want to leave Chernarus and they said their goodbye's.

After the apocalypse broke out, Viktor didn't know where to go. Chernarus was in a bad state and he knew that if he stayed there he would die. He looked at a picture of his children, who he never found again, thinking they died, and remembered Radek. Norway is where he had to go.