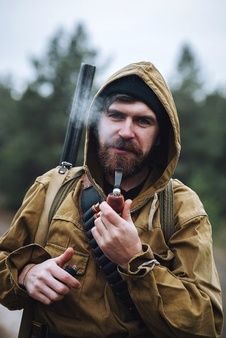 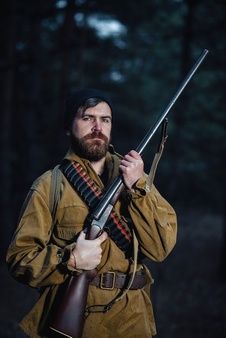 Pavel Černý was born in Varnsdorf Czech Republic on  07.07.1985 and lived a regular live without any major twists. Educated in business being a sales worker climbing his ranks in the company of security software up to sales manager.  This kind of jobs might make your life stressful working from dusk till dawn as for that for relieving himself from stress he used to go hunting and fishing leaving the modern world few times in a year behind.  As for hunting, he had it very close to weapons and even joined active reserve of Czech Army.

In 2019, it was the year after a very stressful year in his company going through crisis, but they managed to go through and as for that he was looking for once again a mighty hunting and fishing trip. Thanks to his job he had many people around the world and Norway was no different. Once while having some business talk with one of the colleague from Norway in Nyheim he mentioned to his colleague for looking after proper spot for his hunting and fishing trip.  His colleague mention having a cabin in the forest near Nyheim offering him borrowing his cabin and doing all clearances of the permits. Pavel would agree, excited as the Northern countries have been one of the location he always wanted to visit.

Everything went great, nature, huge fishes and hunting spots. Could it ever go wrong? Well, of course it could, and it turned crap the worst way possible. Being allowed to stay for a whole year shortly after his arrival first spreading of virus occurred thinking of it being short flue issue he stayed even received offering to stay at the colleague's company, and he would accept this offer seeing it being great opportunity.

All the rest you know. It went really fast and the country went to lockdown in the end.  Pavel decided to leave main part of the city to live outside the walls even though inside it was safe the restrictions have been too much to accept.  Hunting, trading, it was his new life. Maybe lonely, but it was free away from PLIKT and everything.

Until one day after returning from a hunting trip he got ambushed by a group of people, getting robbed and have been left to die. He managed to survive, and now he stands here, will he survive?