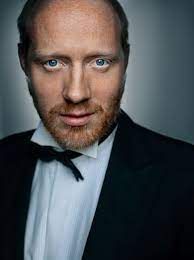 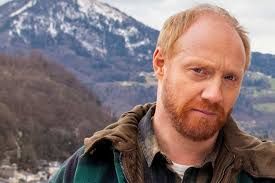 I was born on a snowy Wednesday in Austria. As the son of a forester, I was introduced to nature before I could walk or talk.
My father taught me to respect and use nature. At the age of 5, my parents took me hunting for the first time. I quickly learned the animals,
their behavior andwhere best to hit them so they would die quickly. After my 10th birthday my mother died, and I lived from now on with my father alone.
We went hunting every evening and at 13 he let me shoot my first fox. At 14 I went to the forestry school in Bruck an der Mur in Styria.
Since that was too far away from home I had to go to a boarding school. This led to the fact that I became independent at an early age.

When I finished school, I had to join the army like everyone else in Austria. I was drafted into the "Pionierbataillon 1".
This served as a support unit of the "7th Jägerbrigade". There I learned to set up minefields, barbed wire barriers and booby traps.
We were also taught how to fight in urban areas. We blew open doors and windows. During this time, I was also familiarized with the MG 74 and Stg 77 also known as "AUG".
After the 6 months in the army, I was employed as a hunter.Now I am 20 and have already experienced a lot in my life and have learned a lot, which I can use for my life.

After two years, a friend from school gave me a job at the Norwegian State Forests. There I worked for 3 years as a forester and hunter.
I was responsible for 20.000 ha of forest. In the 3 years I have seen a lot of Norway, not only forest but also their wildlife.
Harvester and forwadder I drove and cut trees. During a hunting trip I was attacked by a bear. I was able to kill the bear,
but it caught me with its paw from my left shoulder to the middle of my belly. Since then, I have three big scars there.
I made a pendant from the bear's claws for my necklace, which I always wear around my neck for good luck.
It should not only bring me luck but also remind me not to underestimate nature.

In 2019, this virus has broken out. They called it AVM-FLA-19; I don't know. Somehow the virus is motivated and now as they say in Austria "Die Kacke ist am Dampfen".
I didn't notice the whole thing in my forest hut. I'm afraid that people will start going for each other's throats.

Nevertheless, I will pursue my hobby and hunt. I want to supply the area with food and help the people, but above all I want to survive.
I have also met a few nice people who want to help the people. I will join the group and see how it goes.