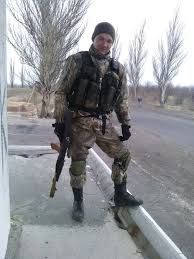 Akim grew up in a middle class family in Moscow, living an active life playing sports and studying hard. His father was a Career military man and his mum a school teacher. Life was good for both of them. He got used to the strictness and made him a better person. When he was 11 his mother passed away suddenly his father responded by sending Akim to military school.

He knew he'd have to join the military at some point as everyone does, this just prepared him more.  Akim’s father was rarely in touch with him and made him feel that the day he lost his mum he also lost his dad. He got involved with everything the school had to offer.

At 18 off he went to training, signing up for the Army. He had prepared for this his whole life and didn't want anything else; it had been drilled into him that He would be a Soldier for the Russian Federation. After spending a few years in the army, he had experienced loss from some of his closest friends. Military life wasn’t going too well.. He wasn’t able to experience much life outside of his job and the pay wasn’t there. He wanted something different but was still in the same area of expertise.