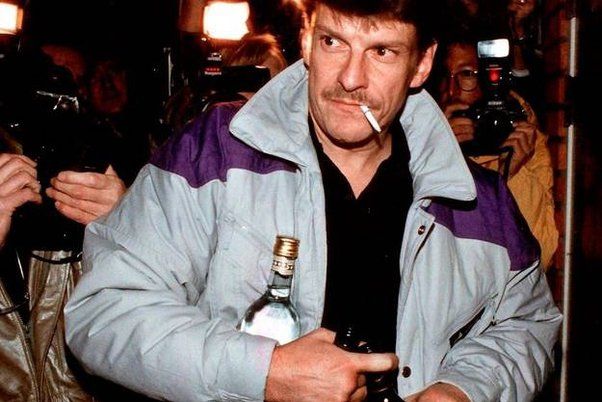 Adam Palm was the only child to his very sick mother, Inga-Maria and her alcoholic husband Roland. Adam started stealing from school and shops at a very young age and when he was nine years old he was caught stealing an elderly mans wallet. He was caught and beat severly by his father and after this he was sent several summers in a row as a summerchild to a farm in southern Sweden, where he and the other children where heavily abused.

In 2005, when Adam was fifteen he was ended up in a fight over a cigarette outside his home and got struck hard on the right side of his forehead. He didn't think much of it at first but after a week he randomly lost consciousness and woke up a different man. He was epileptic and could no longer feel or express feelings like he had been able to before. Every now and then he would zone out for hours and forget where he was or how he wound up there. After he finished he wanted to join the military but due to his brain damage he wasn't allowed.

Instead he started studying at an acting school in Stockholm but he never really got along with his classmates and when the others where better at acting, Adam would sometimes fantasize about hurting them. He realized he was never gonna make it in acting and the petty crimes (shoplifting, burglary, public intoxication, narcotics) he commited became more frequent. In 2009, at 19 years old, he dropped out of acting school. Just a few days later Adam robbed and severly beat a wealthy businessman with a wrench while the man was on his way home from work. Adam was also drunk and high on several substances during the act and was sentenced to two years in prison.

When he came out, 21 years old, he immediately began living his old lifestyle of crime, drugs and alcohol. The following five, six years Adam would just be sent in and out of different prisons and psych wards for petty crime. He became more and more disconnected from reality and felt like all the emotions he could once feel were gone, he was empty inside. In 2017, when Adam was 27 years old, he was sentenced to life time in prison for murder. The murdered man had been out drinking with his friends and pushed a heavily intoxicated Adam to the side while trying to enter a McDonalds. A few minutes later while the men where waiting in line Adam showed up behind the man and slit his throat with a bayonet.

He was sentenced to life imprisonment in Anstalt Brinkeberg in early 2020.