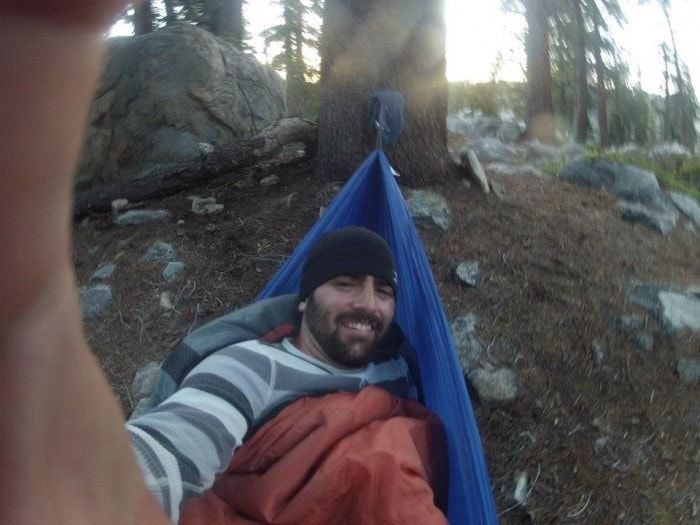 Why Here: Developing and testing a line of backpacks and load bearing equipment for backpacking and hiking enthusiasts ("Branson Bags") in cooperation with a Norwegian start up company.

After Wyatt's military service back in the United States he struggled to find his place in the world but did find a weakness for alcohol. After participating in a local recovery group he eventually started a YouTube channel documenting his attempt to to find sobriety by pursuing hiking and outdoors activities. The channel was a hit amongst the community and after some time he launched a small company with the goal of reaching out to others battling alcoholism. Soon he had a large following and a steady stream of income. He began to toy with the idea of branding his company by developing a line of backpacks designed for all sorts of outdoor activities. A Norwegian company that was still in its infancy had picked him up and wanted to co found the brand. With the financial backing of the company he would be able to help more people than ever before.

Wyatt traveled to Norway and in no time had developed a few prototypes. The first few months went great and Wyatt believed that this would be a successful venture. However, one evening he received a call notifying him that the company was experiencing internal financial issues and decided to withdraw funding. Wyatt was left with almost no money, and no way home. He stayed in country trying to determine what his next move was. He spent a lot of time out in the wilderness contemplating how he was going to solve this new set of problems while being mostly disconnected from civilization in order to find clarity.

One night Wyatt was violently awaken by the sounds of jets and far off explosions. In a panic Wyatt decided to hunker down and stay hidden for as long as possible. Since he did not have any form of communication to the outside world at that moment he was at a loss for what was happening. He made the decision to stay as detached as possible from god knows what was happening. He knew eventually he would run low on supplies and would need to move but in the meantime staying put seemed like the best idea...