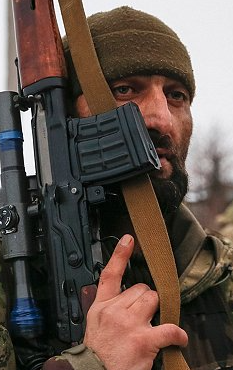 Suleman Maskhadov was a police officer in the city of Grozny before the outbreak of hostilities with Russia. At the beginning of the Second Chechen War in 1999, the Chechen leader, Aslan Maskhadov, appointed him as a military commandant of Grozny.
During the Battle of Grozny (1999–2000), Munayev organized ambushes, car bombs and mine explosions against the Russian forces. In October 2000, .After the Chechen forces withdrew from the capital to the mountains, Maskhadov was made a brigadier general and commander of the Southwestern front early in 2001.

After the wars Suleman moved to Denmark, where he became the organizer of the public political movement "Free Caucasus", which was founded in 2009. Where in turn he spent the remander of the time until the outbreak, Where he has now went to Norway to seek more provisions and survive.