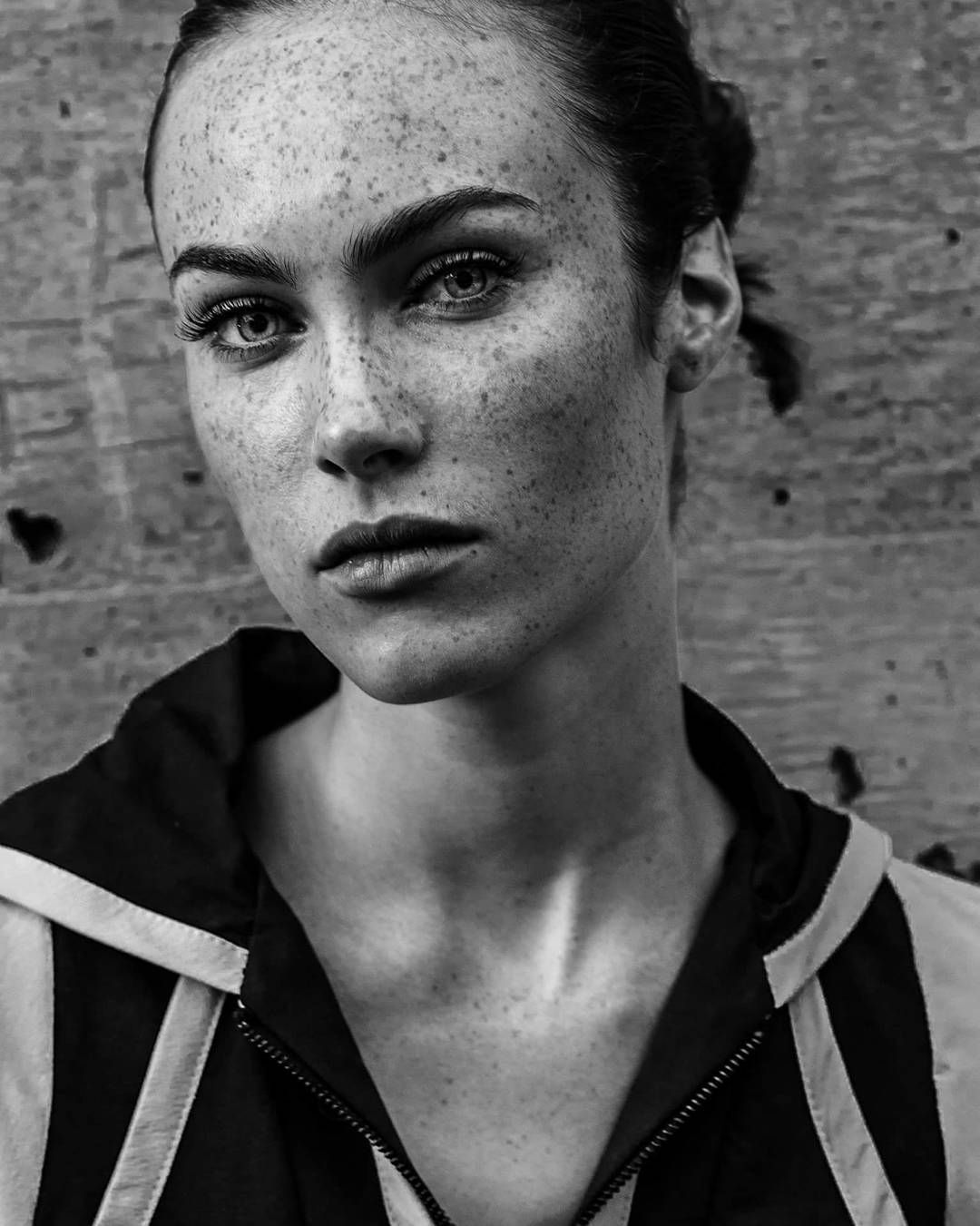 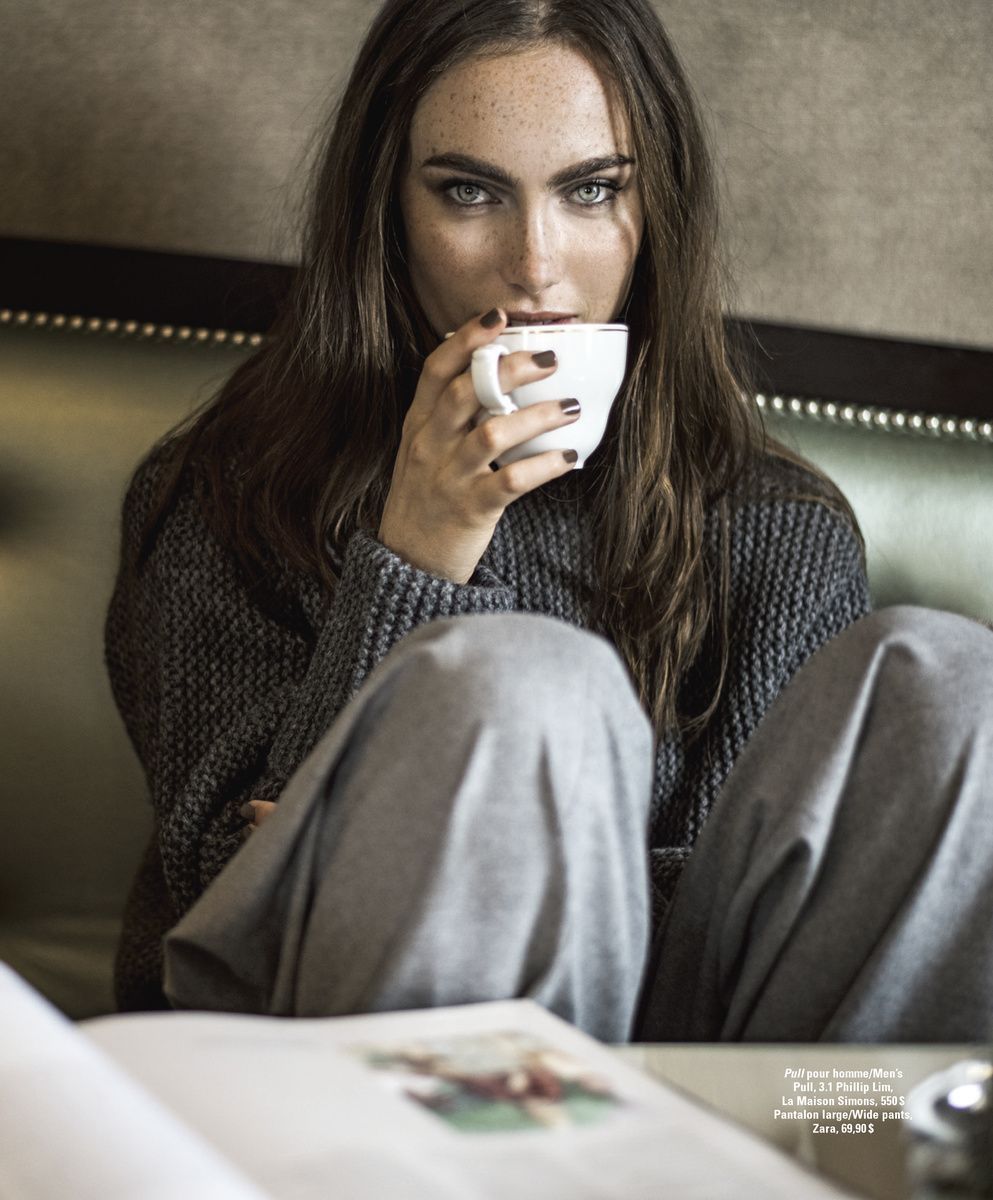 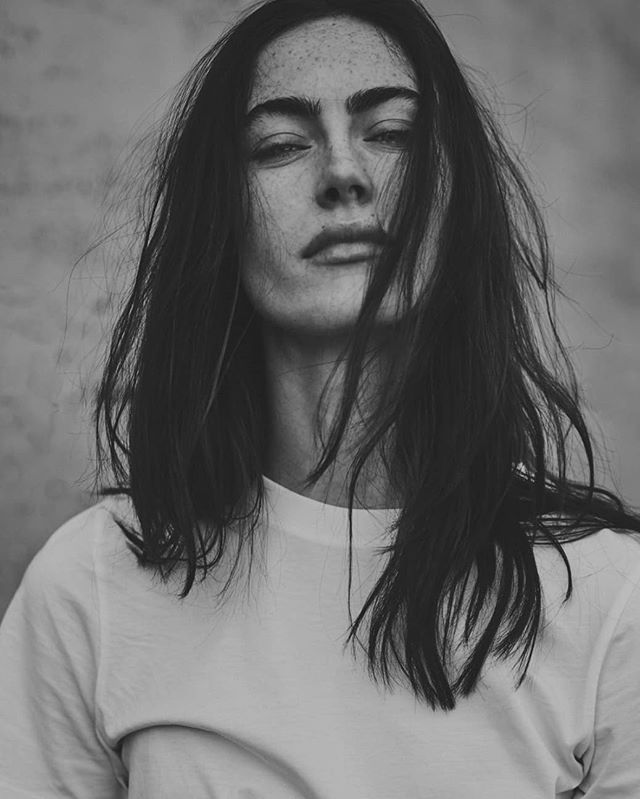 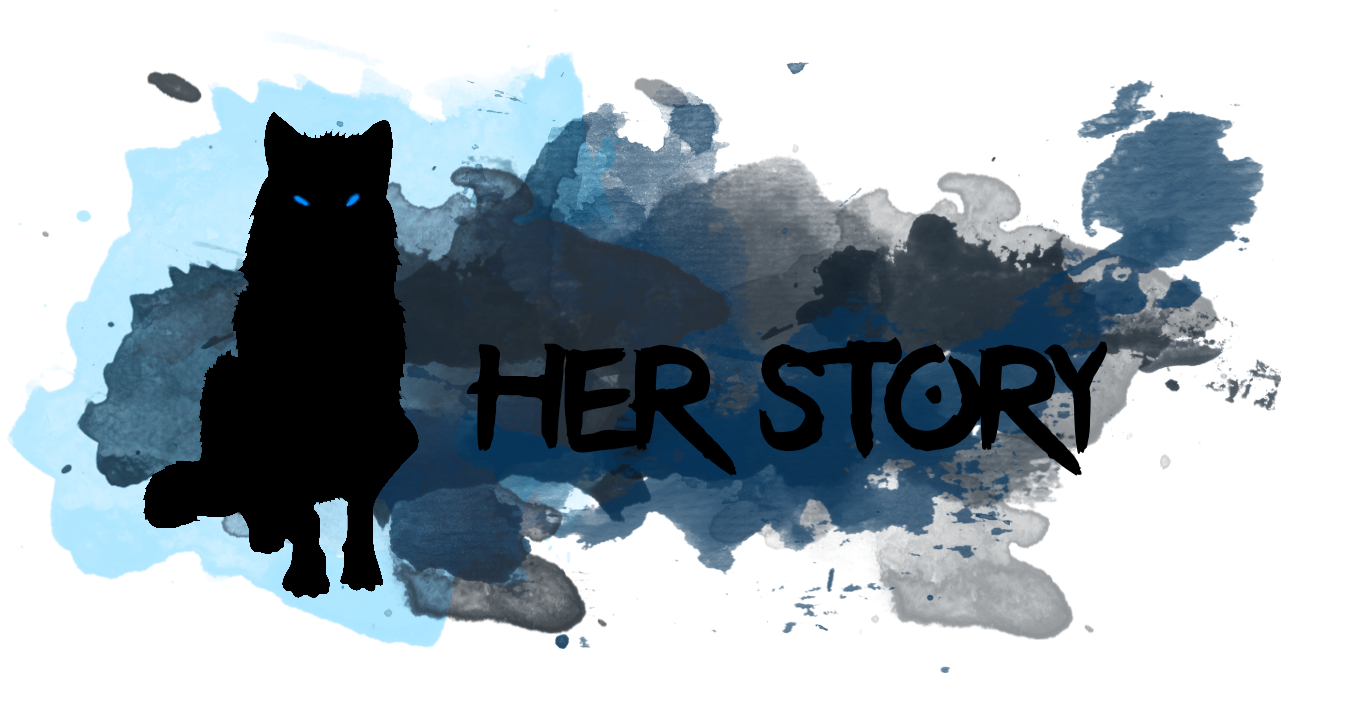 Born in a small village outside what used to be Prague, Czechia. Avaniya is a single child raised by a single mother. It comes without question that each person has a rough time trying to make themselves comfortable in these times. This goes especially for people who aren't lucky enough to live in a particular zone, with walls, guards, and protective shelters. Those around Czechia who were not fortunate enough to make it to Kaliningrad were forced to find other means to keep themselves safe. Some migrated to different zones nearby, while others had to be more creative. The ones helping Avaniya's mother just so happened to move underground. The Catacombs of Prague were world-famous, but it seemed most people forgot about them when the virus came. Everyone except the locals. Building up from nothing, they took planks, sheets of metal, and anything else they could use to get their underground shelters built. From there, it took less than 2 months before a bustling underground city was built in the catacombs and sewers of the former capital of art and culture.

Fast forward to the year that Avaniya was born, we find that Ekaterina, Niya's mother, is engrained in the culture and community of this subterranean city. It's said that any group of people put through dire straits will find something to get them through it... drugs, alcohol... in this case, religion. The culture of this particular group of people dates back centuries. There's only one thing that truly matters in this culture: Family. The bond between people and the strength that it brings. Growth amongst peers and courage in adversity. The people want to stick together and keep outsiders at bay... until their laws are broken. Each infraction comes with a price. Ekaterina had to pay, but she refused. Choosing instead to run, she took her daughter with her. At the age of sixteen, Avaniya was ripped from the only home she ever knew and exiled to the wastes.

After years of going from location to location, Ekaterina reached an enviable age. According to customs, it was time for her to sacrifice herself to the God she worshipped, thus leaving Avaniya on her own. An adult of her responsibility, Avaniya now seeks to find a new home. At least for now.

{chorus}
„angel“, he calls me
Does he know that i‘m falling
From a precipice that i tripped off long ago
„you‘re so pure“, he says
Does he knows i‘m forsaken
The original sinner
But soon he‘ll know
For if i‘m going down
I guess i‘ll take you with me
Naked in that garden
Back at the beginning
Now in your arms
You‘re faithless, for you pitched me
Against your holy father
And it seems i am winning
{bridge}
But i don‘t
I feel your hands grabbing my throat
As you say

{verse}
My love are you the devil?
I would worship you instead of him
I have no time for confession
For i‘m too busy committing sins

{chorus}
„devil“, you call me
But seem to be enjoying
The fruits of my labour that came to me too young
When he stole my virtue
I‘m glad it seems to serve you
That i was born a daughter and not a son
For if i‘m going down
I guess i‘ll take you with me
Screaming birds sound an awful lot like singing
And i will tell you now
That i‘m not even singing
There‘s no escape for some
{bridge}
Least of all for me
I feel you lips kissing my feet
But even so 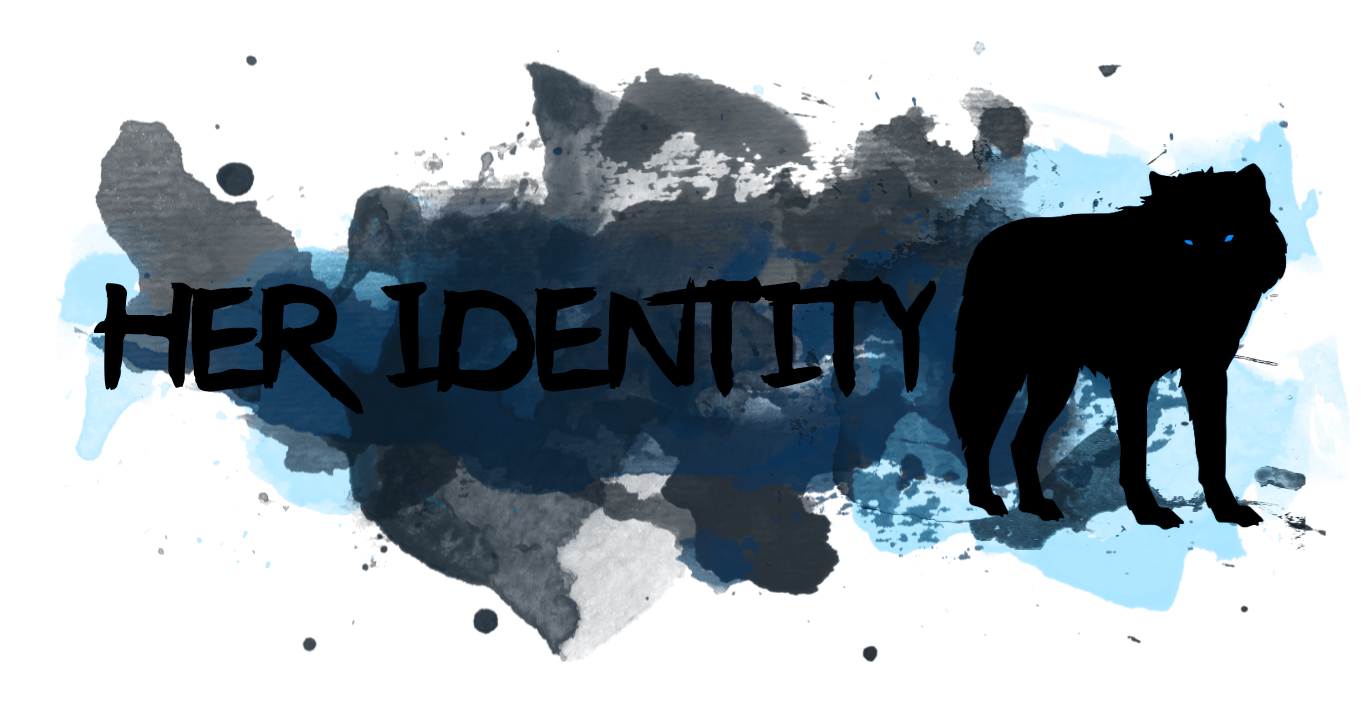 Cynical at best. Hard to form any sort of lasting friendships.

Insatiable Desires. Has an addiction of a certain type and will likely relapse to sate it.

Quiet Observationist. Prefers to stand at the back of the room and just watch, sometimes.

Over-analytic. Overthinks and scenario-plays situations to death. Makes her paranoid.

Soft spot for the weak and feeble. Always trying to help and make them stronger.

Medical knowledge. Has training and experience in the medical field.

Poker-faced. Has the ability to hide true emotions if need be, paying the price for it later.

Keen-eyed. Usually notices small details that some can miss. Makes for easy scav.

Right lower stomach: Stab Wound (Healed & Scarred)
Left leg: .308 Through & Through 8" above the knee (Healed and scarred)
Right side stomach: 9mm GSW through and through (Fresh) 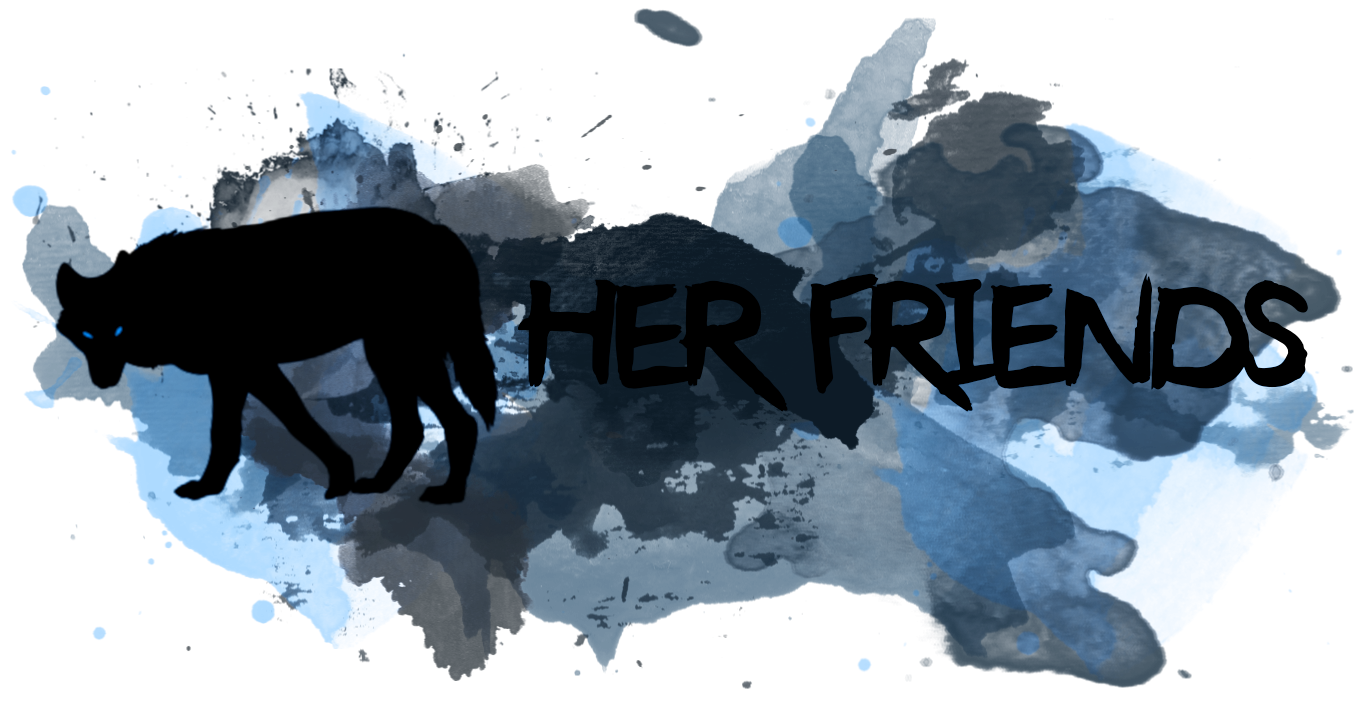 F
No one could ever take you from me, and they'd suffer hell if they tried. You die, I die. Je to osud.

F
He seems to have an old soul, someone who's seen a lot... maybe done some things he's not proud of.
+ Actually funny, and a good sport... Seems to understand business and how it works.
+ He loves Rose. Like a father loves his daughter... Admirable. I'm glad someone is taking care of her.
+ My brother. I trust him with my life.

F
He's a funny one... I like funny.
+ Sticky fingered little shit. Could get himself or others in trouble if his Magpie ways aren't controlled.

F
Seems like a good ally to keep... not one to cross.
+Literally gave his blood to save my life. I owe him everything.

She's quiet. Might be one to keep safe.
+Saved her from severe bodily trauma... the poor thing's been through so much.
+ Dimes' daughter. She's safe with me.

There's something off about you. I don't know what it is but it makes me nervous.
+ Like her name-sake... She will grow on people... Enjoyable to have around.

Another slav. She is hiding something. Secrets don't make for friends.
+ Someone I could get along with... May be worth getting to know...

A man who is about business. Admirable but business isn't always about the truth.
+ Had a chance to talk with him. He seems like someone who just wants to do his own thing.
+ Where did you go?

Another quiet one... except this one's different. I want to learn more.
+ Rose's mother figure... also mute. She cares for the girl... gave her blood to save Rose, almost killing herself in the process... The ultimate sacrifice that didn't come to fruition but is still something I understand.
+ Dimes loves and cares for her... I need to keep her safe for him.

The old man from Texas. He's genuinely nice and seems to care for people like a father figure. I like this one.

F
Quiet, but fun to hang with when it's just a few of us. There's a sweet, kind man in there.

F
Genuine, and a good man. He's out to protect his friends and family any way he can.
+ Someone I would trust my life with. He bleeds honor.
+ Bled for me... Saved my life. I owe him everything, like Rook.

F
Quiet when we are around others, but good to hang with when we're alone. She makes things interesting.

My apprentice... a victim of abuse... someone who may even potentially blame herself. I'm protecting her from now on. No one will ever hurt you again.
You've been manipulating everyone...

Spicy little shit... Came at me with attitude...
Admitted he was coming down from a demon. I respect the kid.
Gave him a gun to protect his girl, once... He took a bullet trying to protect her. I respect that.

Poor girl's been through too much already... I can see it in her eyes. She needs someone to protect her. I hope this Zero kid's got her covered...

You're sweet, and adorable. You deserve peace and happiness.
+ Where did you go?

She's another slav... funny girl... very guarded though. Something's off.

Actually a decent guy... hangs with the wrong crowd sometimes. He means well.
+ Slowly becoming one of my good friends... Good for a laugh...

She knows about everything and that terrifies me...
+ I took her in and allowed her my trust... I hope she won't betray it.

(Will add as I meet people. If we've met and you're not on here, DM me or something.)