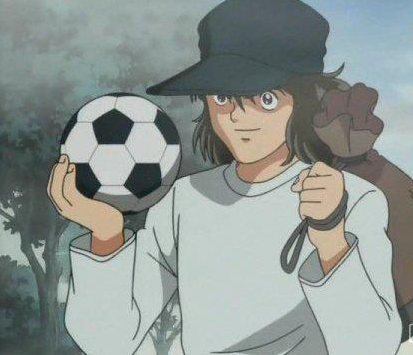 As an Russian Boy whos livin in Germany Kirill grew up in a demolished society. His Family flew from the great Slavic war in 2000 against the Asian State.
Trying to find a better life in Germany he had to go trough a lot of social problems including racism & violence.
The war in his hometown is long behind him but the war in his hearth is still goin on.
After seeing a lot of crimes in his hood the young teenager decided to change something but he cant.. hes not powerful enough. He always wanted to save people from getting hurt. But he cant.. hes too weak.
Patrov was very talented in soccer, so he joined the german national team at 16 years. His position was in front the goal, not striking but defending. The support every teammates moral needs. After scoring a goal & defend 3 other at the championchips finals penalty shootout, Kirill Patrov earned his Alias from his goalkeeper trainer & grandfather: KIIPA
But the Slavic war wouldnt end decades later. The Asian state striked again. But now Kiipa was ready. After his accession to the GSG9 as the youngest contender he militarily operated in the woodlands of russian Taiga. He is the man for surviving. While his teammate were the navigator and "killer", Kiipa supported them with meals & medicine. Patrov doesnt speak to much after what he saw in his life, but he fights his enemys the same way, quiet. But hes a person who asks first before shooting. So choose your last words wisely, theres always a way out. But sometimes you have to take a life to save others. After the last atomic burst of the Asian State.. people "changed".. no communication is possible anymore.. there have to be others.. other good people.. I have to find them...
This is where the story begins now.