Vojtech grew up in a household full of pride and military honor. His father, a now deceased captain of the Chernarussian Defense Force, was the sole reasoning behind his upbringing to be an officer himself. From a young age, Vojtech was removed from normal schooling to join military academy. A youth school dedicated to train boys to become warfighters. An academy that was invite-only and ran by a friend of Vojtech's father, Colonel Alekzander Yovich. A once USSR officer before the fall of the USSR in 1991. He trained boys ages 10 to 18, and had them hell bent on joining the military- as officers.

After 8 years of daily Physical Training, class studies, and then extra curricular Junior Officer courses mandated by the academy, Vojtech began to get ahold of the situation at hand. Quickly adapting to the ways of life of being a warfighter, and in 2009 it showed. By 2007, Vojtech joined the 201st Chernorusskiy Shturmovoy-Polk (CASh) battalion as an enlisted NCO. He was incharge of a squad in the air-assault unit, a Četař, or sergeant, for 3 years. Fighting alongside USMC's invasion during the years of the war. Following the civil war, Vojtech joined the Officer Training Course, where he excelled in the course and got his commission.

A then Podporučík (OF-1c), or sub-lieutenant at the time, in 2010, and then just a Second-Lieutenant(OF-1b) in 2011. He was incharge of a platoon in the 201st where he fought alongside most of them during the days of the civil war. He led the men into several deployments into Takistan during the conflict that was going on. He was a great leader, and even better motivator. He knew how to get men into shape for combat, and how to lead them in amidst the chaos of a gun fight. 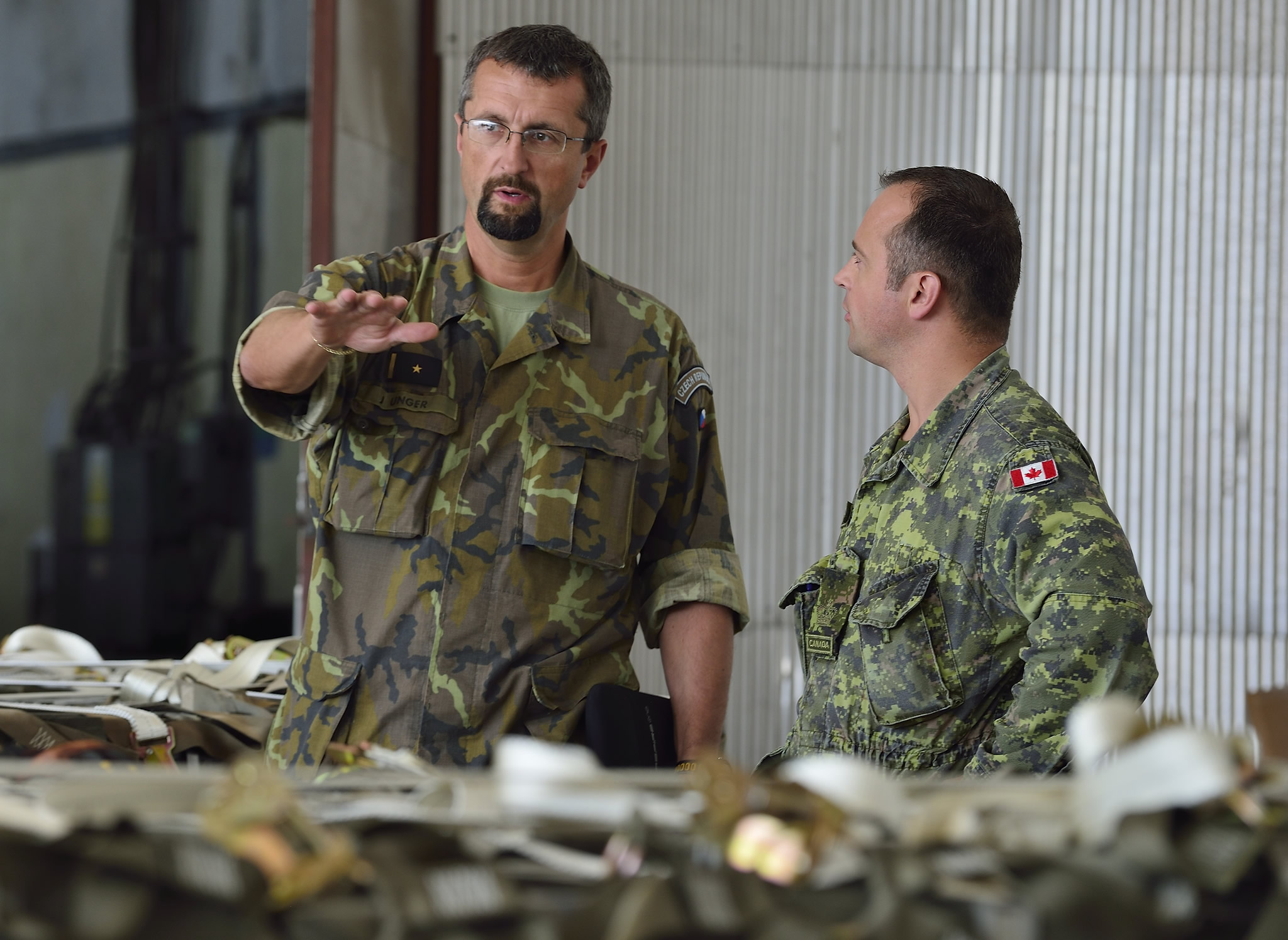 Vojtech working alongside Canadian NATO aid during the Takistani conflict.

When the outbreak happened, he was promoted to a First-Lieutenant (OF-1a) and ordered to occupy Miroslavl during the initial outbreak before taking the BPR head on in the frontlines under Kozlov's orders. Fighting was unlike anything else, not only having to kill the socialist that occupied the North West of his country, but the infected individuals as well. Was has changed more than he could of thought. Instead of worrying about IED's, he was worried about waking up to his camp overran by the infection. But alast, they became victorious. With the fall of the BPR and a retreat of most fighting forces, Vojtech was given orders. He was no longer in the 201'st, rather, transferred to the 31'st NBC. His mission was to conduct the surveillance operations of the deployed unit. To get sensitive info to the stationed troops, and return info back to headquarters in Miroslavl. Radio's would be too easy to compromise. He was a glorified letter runner, but chosen specifically for his years in the air-assault, and ability to land navigate.