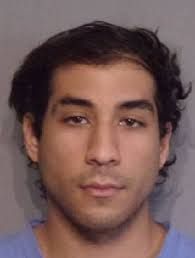 Atlas Hunter was a Army reservist before the apocalypse hit as a Military Police Officer. He was a 10 year service member attaining the rank of Major in the reserves. When his unit was called up during the outbreak to try and maintain public peace and order he felt uneasy about what was happening. With this uneasy feeling he continued to do his job that he had signed up for. As an officer he created the Checkpoints and Routes to be used by his unit and Det units. Soon realizing how fast the world was going to hell in a hand basket orders to KOS were given on anyone exhibiting "Zombie" like symptoms. Major Atlas and his unit found their selves in a bad situation and realized that urban areas are not the place to be around and the Quarantine these zones and getting out was the best option for survival. Taking his knowledge of military and survival Atlas heads out to try and find any remains of his old life and civilizations. They group set out to head to the east coast in hopes to find others survivors. To their surprise when they made it to the east coast at a port in Virginia there was a group of people there who were talking about heading across the atlantic ocean to Europe, because there was rumors that a land north of Norway known as Nyheim that may be a safe haven. So Hunter decides to leave the USA and head to this unkown land in hopes of civilization and humans surviving. On his journey of trying to survive he took up and found a new liking to gardening and growing vegetables. along his travels he learns from other survivors and tries to be friendly to people along his way, but keeping it in his head that any of these people could potentially can try and kill him. He takes the mentality to try and remain neutral and friendly until he needs to take actions to protect himself and his belongings.