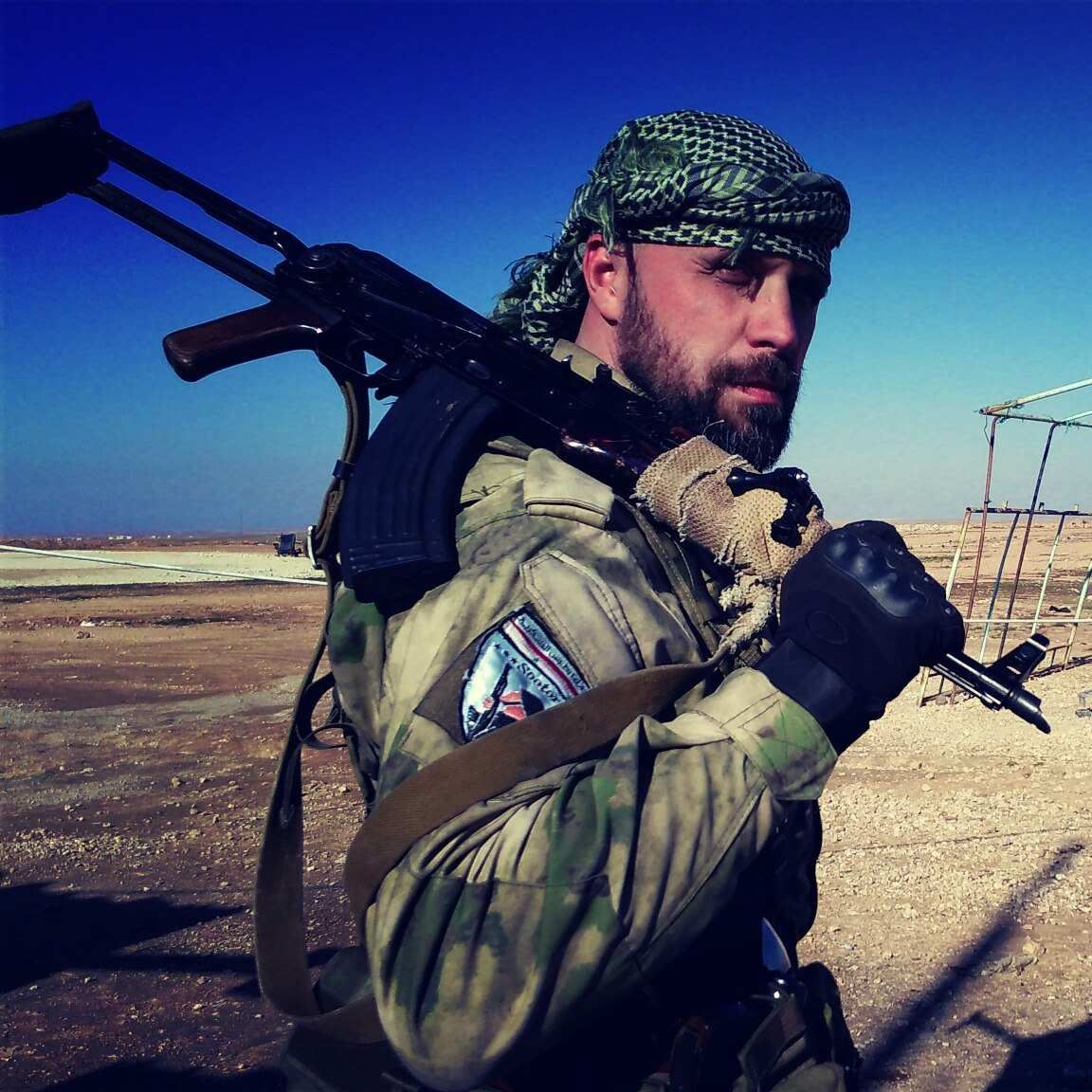 Davit was born at the end of the First Nagorno-Karabakh War. His father was an Armenian solider, his mother a Kurd whose parents had fled from Kurdistan. His father was killed in the final weeks of the conflict, leaving Leila Kasabian to raise Davit on her own. With help from neighbors and friends, Leila helped Davit grow into a strong young man. However, against Leila's wishes, Davit wanted to become a warfighter like his father. In 2011, when the Syrian Civil War erupted, Davit began to talk to Kurdish militia fighters. When the Islamic State began to take over Iraqi territory in 2014, Davit was trained and ready to join the fight. Davit fought with the YPG, but also fought alongside the Peshmerga and Iraqi Armed Forces to recapture Mosul. After years of fighting in Syria and Iraq against the Islamic State, Davit decided to retire indefinitely to see his mother. He returned to Armenia to visit and stay with his mother, the recent 2018 Armenian Revolution making Davit uncomfortable. While staying with his mother, she told Davit that she'd managed to get into contact with Davit's fraternal aunt. His aunt now lived in the Murmansk Oblast of Russia. Davit and Leila decided to go and visit their newly found family. During their stay, the AVM-FLA-19 outbreak began. Davit wasn't concerned about his own safety, but he wanted to keep his mother safe. They obeyed the Russian government's orders to stay in lockdown. It wasn't until the appearance of the AVM-FLA-21NS mutation that Davit decided to disobey the Russian government and flee the country. He was lucky, as Russia was ravaged by the virus. Davit took his mother, aunt, and cousin into Finland and then Norway. It was in Norway that Davit lost his family, being separated by a blizzard while he was out scavenging. Unable to find them again, Davit decided to head towards Nyheim, the rumored safe haven of Norway, in the hopes that his family would head there as well.