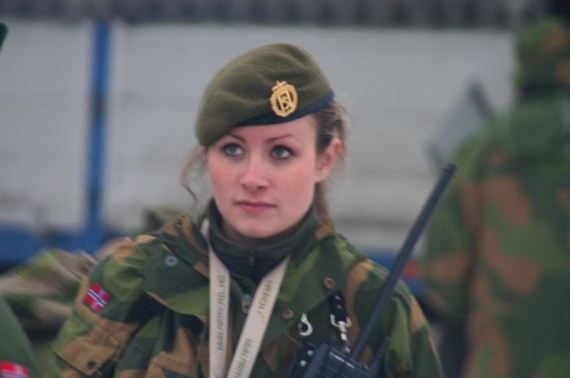 “There is no place for innocence in this world.”


Helle was born to a bitter family that lived in poverty on the outskirts of Bitto, Norway. Her father spent most of his money and time with either a fist full of liquor or her mother's hair. It wasn't long until she was taken from her parents and placed in the Maunga Orphanage in Oslo for half of her childhood, where she still suffered at the hands of her so-called caregivers. At the age of six, she was adopted to a family that kept her as a trophy, a child they could not produce. They suffocated her as she grew, becoming extremely overprotective as she grew into adolescence. She was sent to a private school at 13, in which she was promptly expelled after attacking one of her instructors. It was unknown to others at the time, but the instructor had been harassing her and acting provocatively towards her. Shortly after, she was expelled from the school and attended a public school instead. There she met her greatest friend, Theresa. The two quickly became inseparable, and as they both grew together they became something greater than they could imagine. As time passed, grew into a young teenager, and a young adult. Eventually, in 2014, the two would finally seal their commitment and marry, moving far away from Oslo, to the town of Harstad. There they built a life together.

It wasn't long until Helle was influenced by the culture of the town, mostly by its devotion to the military. She decided to enlist with a 10-year contract with the Norwegian Military on top of compulsory service requirements. Her training was grueling and back-breaking, mostly due to her being targeted specifically for being female, as well as incidents of harassment and provocations. But she survived and was given orders for the Artilleribataljonen assigned to the Telemarkbataljonen in Rena. Her military life consisted mainly of training on K9 Thunder SPGs, as well as light to heavy machine guns, but she always did her best to set herself above her peers and quickly achieved the rank of Korporal. But over the years to come, her resolve would be tested. In 2019, a new virus began spreading through the country. The military began to stand and assist as much as they could. Over the next two years, it seemed the world slowly began falling apart. In 2021, she was ordered to assist in keeping the curfew in Oslo with any force necessary. She did not understand at first and questioned the order, until she began to witness people attacking each other seemingly unprovoked. She was pressed to use force, something she had been praying would not happen. Resentment grew within her as she questioned why her government would stand idly by and watched itself slowly fall apart. She knew something had to be done. Word had reached her of a group calling themselves 'Harstad Insurrectionists' going from town to town, either assisting those who supported them or destroying those opposing them. Furious with her own government, she left Oslo to join them, officially deserting her post and her failure of a government. On October 30, 2021, she witnessed a sight she could never have imagined and created within her an unbridled rage. She watched as Oslo burned, napalm covering large portions of the city. Entire families and the capital of her country were essentially firebombed. She eventually traveled north with the group, towards the safe haven of Nyheim with the fury of her brothers and sisters, as well as her own.

“She was fury, she was wrath, she was vengeance.”