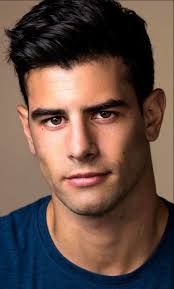 Joey Caragone was born in Brooklyn, NY on September 5th, 1997. He comes from a family of 4. It is Joey, his brother Tommaso, and his father and mother. Back in Brooklyn, Joey's father Gianni was part of the Italian mob who ran the city of Brooklyn and his mother worked at the local supermarket. Joey's younger brother Tommaso was a school student at the time. Joey comes from a middle-class family as his father was only a soldier in the Italian mob and nothing higher or nothing less. The story starts for Joey when his father had to go on a business trip to the country of Nyheim. Joey's father had to execute a hit on a politician of Nyheim who asked for the mob family's help back in Brooklyn. The issue was the politician never paid the mob family so a hit was out on him. Joey's father wanted to bring his oldest son Joey along with him and Joey's mother to show Joey how he works. His father decided to bring his mother as well because Joey's father thought it was time to go on a vacation. Joey's brother Tommaso did not go to Nyheim because of school. Once Joey and his family landed in Nyheim, Joey hated the cold and everything about it. Joey never knew what his father really did for a living but was about to find out. Joey's father Gianni then explained how he had to execute a political figure of Nyheim and explained everything how he was in the Italian mob, and how he has killed before. Joey hated the idea that his father was murdered and tried to get a flight back to Brooklyn as he did not want to associate with this. As Joey was about to leave his mother Maria tried to speak to him about staying. They had a long talk and Joey decided to stay but not speak with his father. A couple of days went by and nothing happened. The politician was out of town and Joey and his mother and father were forced to wait in Nyheim. More days passed and then suddenly Joey was awoken to the screams of his parents. Joey did not know what was going on. He rushed into his parent's hotel room and saw a horrific sight. He saw 2 people seeming to rip and kill his parents. Joey thought this was all a joke until the 2 infected turned around. They began to chase Joey down the streets and Joey looked and saw there was more infected. Joey then got away from these infected and it all hit him at once. The world he knew was over as both his parents were killed right in front of him. Ever since this event, Joey has been surviving in these unfamiliar lands trying to stay alive. Joey's goal throughout all of this is to survive in these new lands and prosper.