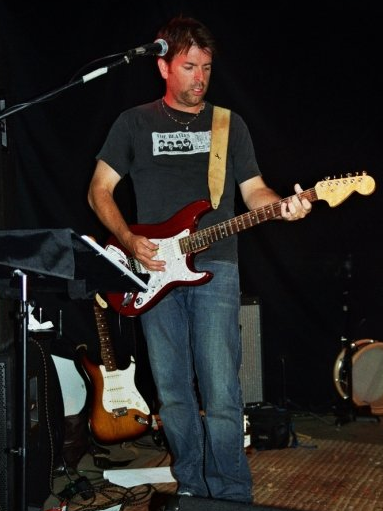 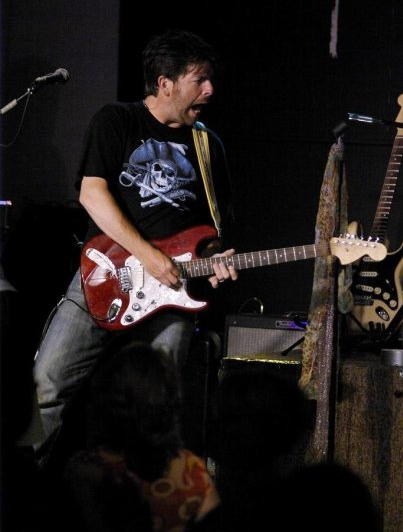 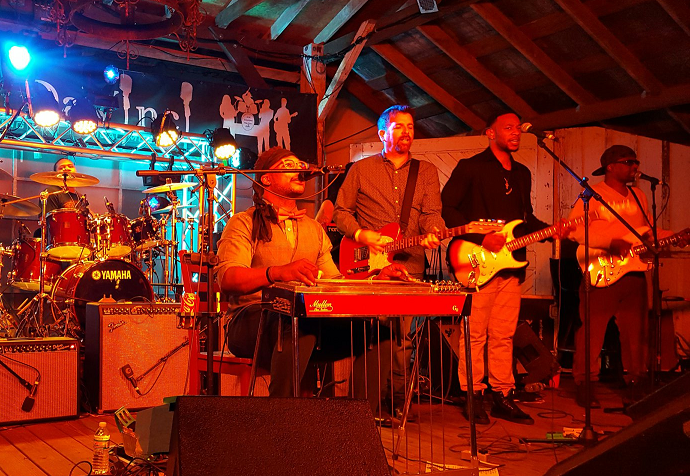 My father was a blues guitar player. Before everything happened, he would charter a cruise ship every year. He would hire a few well known artists, and a ton of up and coming bands and sail the seas. They would have several stages playing live music all week long. It was one big live music party on the seas. The boat would stop, but people would not get off and see the sights. They were there to see the music. I was on that last cruise.

He had taught me to play guitar from a very early age. While I grew up, I traveled all over the world and watched him on stages in the US and UK. They really loved him in the UK. All I wanted to do was be like him. By the time I was a teenager, I had my own band. We were living in New York. We played in all the clubs. We never got very famous, but we did ok. We toured the club circuit in the USA. Bars, festivals, casinos, etc..all over the states. We released an album. It got some airplay, but didn't do very well. We needed a boost. The old man invited us to to be a feature artist on his next cruise. It was going to be big for us. The cruise always got a lot of press attention. The bands who played, would often get record contracts afterward, if they hadn't had one already. We were excited. The first few days were awesome. The people were so into it. It didn't matter what band got up to play. Everyone there was just there for the music and into whatever and who ever got up on stage. The old man let our band warm up for his on the main stage. We were about half way through our set. I don't know exactly what happened, but there was a commotion on the dance floor. At first it looked normal... but maybe more like a metal thing. You know, where they start bumping into each other... mostly dudes. My bass player started freaking out... He saw something on the side of the stage that didn't look right. Then all hell broke loose. I had no idea what was going on. We stopped playing. People started running...away. It was really fucked up. I stood there for the longest time. I didn't understand what the fuck was going on. There was a dude who was screaming and moving erratically. He was swinging his arms all over, at people near him. I think I saw him bite someone. What the fuck?!? Someone grabbed my arm and pulled me to the side of the stage. It was my guitar tech. The dude who fixes my shit... like when I break a string or something. He was shaking me... I was looking back out on the dance floor trying to figure out what was going on, but he shook me so hard and I turned to look at him. He said, "Dude! WE need to get the fuck out of here!!". I was following him.. but it was more like he was pulling me... He was saying something about a raft, or boat or something... We made over it to side of the ship. There were these emergency raft things.. like something you would need if the boat was sinking. But it wasn't fucking sinking. It was just chaos. People running every fucking where... and screaming and shit. All I know is, my guitar tech tech pushed me towards one of the life boats. I don't remember landing it in it. All I remember is a bright flash.. but my eyes were closed. So I don't know why, or how, I had seen anything at all.. I must have hit my head on something.

The next thing remember... I'm laying on my back and freezing my ass off. I'm soaking fucking wet. I stand up and look look around. I'm on the shore of some coast. I have no idea what coast. I pull the lifejacket off my head and throw it to the ground. I see a couple buildings and a road. I think, "Ok.. at least I didn't wash up on some island all alone. I can see some civilization"... There are building off in the distance. There is a dude standing near a house. He's just kinda standing there... He takes a few steps.. then stops again. I think I'll walk over there and say, "hello" and see if I can find out where I am.