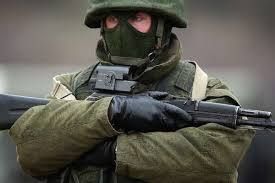 My character grew up in a small town in the northern part of Yugoslavia which today is in serbia. he grew up with his mother, father and little brother on a farm and raised pigs which we sold at the local market. After the balkan war started i soon got sent into battle where I was recruited as a sniper. I did what I could and committed some war crimes in the process.
After the war I had to flee the country because I was going on trial because of the war crimes I committed, so I had to flee the country. i fleed around in the balkans but the police was always right after me so i always had to go by fake names and identification and always be on my toes. after i while i got tired of always moving around so i choose to move away and payed some smugglers all the money i had left to smuggle me out of the balkans and they took me to nyheim where nobody knew who i was and where i came from so i could finally relax and live my life without no worries until the apocalypse started and all hell broke loose…….