Timotej, as the majority of us was raised by both of his parents including bunch of other relatives that were close around the family of the Baskas. His life was exactly as stereotypical and ordinary as you all could imagine, attending elementary school, highschool, making bunch of friends and taking any and all small jobs he found in his free time to make at least a couple of korunas to use for his hobbies. The kid loved looking at photos, talking about photos and last but not least, taking a lot of photos himself after he made enough korunas to buy his very own film based analog camera. And when I say a lot I really mean a lot, Timotej used a room without windows at Grandpa Baskas house to bring up the photos from film and later put the done photos into his albums whom he had around 20 if not more, all of them stacked with photos on every page.

His dream was to get as good as he could with the camera and to do photography professionally as a job at one point, but some dreams never come true. With the outbreak happening his dream was washed away as we might assume the civilization to never come back to the ordinary ways it used to be. But with any door closing another one opens, and such as that Timotej is now aiming for different goals, major one is survival of his own.

Ony my journey to get away from Belozersk I've came across little to no "living" people, might have been because I've avoided moving into towns and generally populated areas. Not that I don't like people, it was just to stay safe as populated areas mean higher chance of infected. And what's better than not having to deal with infected? Oh yes correct, it's not having to deal with dumb people or anyone in general. For some time after the infection hit I just felt like being alone might be better and more safe.
So I've managed to come to the region of South Zagoria, more specifically I was on coastal road with view on a prison island that seemed to be easy to access with little bit of swimming. Hard to guess, me being a 16 years old curious teenager i've started making my way over there. Halfway to the island there was a wercked ship where i me a man that was just on his way back from the island. After some small talk and introductions he decided to come to the island with me claiming he'd rather not see me go there alone as the people from the prison are apparently sketchy and that fellow native people from Chernarus should stick together.
Well I didn't really question it at the time and just made my way to the prison with him. We've met the people living at the prison and they weren't really fond of Kuba, the man by my side. So we've decided to leave and travel together up north. During the time spent traveling we've had conversations about various things. But only one of them sticked on my mind, country, fellow countrymen, foreigners, and well generally everything that pointed to nationalism. Yes Kuba was Chernarussian nationalist from some kind of gang. It was really clear that he was trying to pass his beliefs about this matter onto me, but with my own opinion on people his attempt to do so has failed.
Later on near some kind of military encampment as we were following train tracks we've ran into bunch of people. Nikolai, Ellie, Dr River and some others, we've ended up joining up with them until we've split again further up north. But while we were with them I've got to know them all a little bit and got means of communication with them that I've later on used to meet them again. It didn't take long until me and Ellie became friends. Yeah others were nice as well but let's not lie now, she's my age and I liked hanging around with her. I've kind of got myself into being part of them I guess? Traveling with them, spending most my time only with them and so on. In the process of all this I didn't meet Kuba ever since the day I found him on the ship.

- Story how Timotej left the group to go chase a wild radio transmission about his parents being well and getting by down in Kirovograd, turned out they were taken as slaves in the city centre -

- In the next rainy morning while traveling to the outskirts of Kirovograd Timotej get's held up by man called Dima and his band of drug obsessed men, this goes down right in front of Timotej's parents. Timotej's father Viktor tries to talk to the men but they just gun him down, with Danek's friend Oleg being nearby and hearing the shots he comes to investigate and is presented with a hold up situation of a kid he knows. So he takes shots from a secure position at Dima and his men who return fire instantly, in the process and chaos Timotej manages to run to cover but his mother get's shot dead in the crossfire. After killing 3 of Dima's men Oleg retreats from the fight when he sees that the kid has ran away. He runs the same way as Timotej, finds him and eventually takes him to the Obsidian bar where Danek is. -

- In the next week Danek contacts Mr Wulf, later both Timotej and Danek travel all the way to country of Livonia - 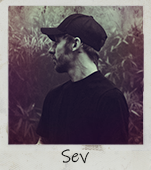 Danek Sevcik
Danek is my cousin, everyone calls him Sev through. He's an alright guy and is my only blood related family that i've got left, since my parents were shot dead in Kirovograd it's been hard but Sev is there and helps me get by. General life side of things, he ain't really the kind of person that will pat your back and say it's gonna be good. He's mostly in reality of things and doesn't wonder about in his mind and doesn't look at the world through pink glasses, not like he could after all the things he's had to see and deal with in Kirovograd. It's a good thing i found him, it's good to have some family. 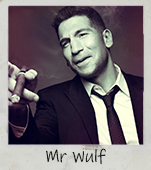 William Wulf
Mr Wulf is one of the people that just happen to "click" with you, at least for me. He's a decent man with an alright personality, from my point of view to say the least. I've met him when we got to Livonia with Sev and been around with him ever since for most of the time when we all travel around together. Also he likes to dress fancy, feels a bit odd considering we run through forests and such on daily basis but i still like his style. 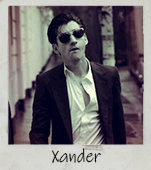 Xander Night
This man...I tell you, I feel weird around him sometimes. First time i've met him with Sev and Wulf. Soon after we happen to end up getting onto a serial killer investigation? I suppose you never get bored with this man by the looks of it so far. I wonder what's gonna happen next! 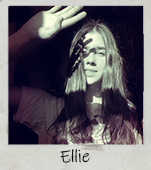 Ellie Hoste
A girl about as old as I am, we met for the first time in Chernarus when i was with Kuba from Černa Liška. We had a chat here and there, I used to travel around Chernarus with Ellie and her friends filled with doctors. Guess that was a good thing, since she managed to pop a 9 mm bullet in my shoulder by "accident" of course. But that's alright her doctor friends patched me up. Even through I liked to hang around and chat with her I decided to pursue a chance to find my parents and left Ellie and her friends for some time. Wonder if I ever end up traveling around with them again.

[Associate, person Timotej had past events with] /

[No contact or knowledge about their state at the moment] /