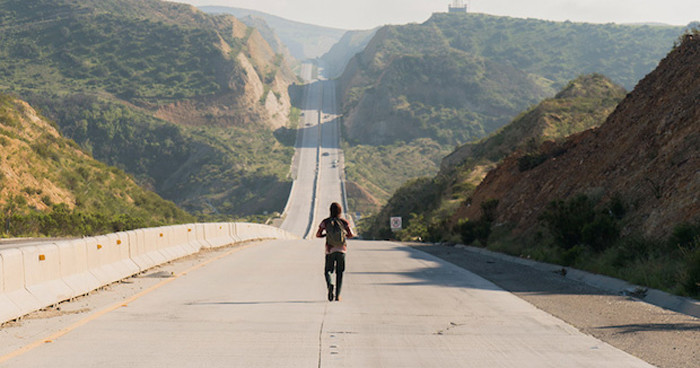 People usually know him as a lone wanderer when they see him, mostly because he's always alone.. He just likes it best that way, at least to the best of his knowledge as he never really had anyone else as he was left by himself by the age of 16.. His relations with his parents were never good after they forcefully moved him from the United States to Norway because of family death, all they did was tell him they had business to in Norway which was all he ever knew; the world is dangerous and don't trust anyone... And he had no choice but to listen, as they were the ones hunting and gathering resources for him, until one day when they didn't come back.. He was waiting for days, and all that came along to their little camp was infected, but he already knew that just needed a knock to the head and they'd die.. After losing count of the days since he last saw his parents, he figured he was on his own.. He started walking and kept on until he came to a city, and started introducing himself as the lone wanderer..

This was, until he one day met the three friendly people, he was on strong guard as he heard his parents words "don't trust anyone" going in his head.. They started talking and traded a little bit, and then parted ways.. He thought he'd never see them again, even though he didn't really care as he didn't trust them; he trusted nobody.

After spending time in the city, trying to find shelter from the storm that was going on, he heard a helicopter crash and was worried it would attract a group of infected to him, so he left his shelter and tried to find one further away from the noise of the crash and the fire.. He ran into a building as he was being chased and closed the door behind him, as he turned around he saw them; the three people from before, the ones that traded with him.. He apologized for scaring them and said he'd leave as soon as the infected were gone, but to his shock he was invited in and they gave him some meat and water. He was still on strong guard, but took it and thanked them greatly.

As the lightning lit up the night, he sat in front of the fireplace and had small talks with the unknown group. They tried to get to know him but he wasn't very comfortable telling too much about himself, at least not yet.. He found an excuse to not talk about his past, and went up and fell asleep on an old bed.

Next morning, he got woken up by one of the guys in the group and got told to get ready to head out; he was confused. Did they really want him with them even though they didn't know anything about him? Could he trust them?.. He ended up leaving with them, yet on a guard, but he decided he'd give them a try, so from then he wasn't so much of a lone wanderer, even though he still calls himself that.