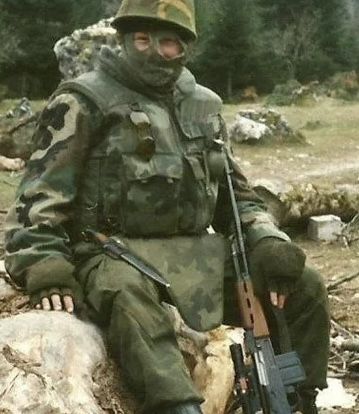 Radovan was born in Serbia, two hours from Belgrad. His parents were farmers and he spent most of his youth helping around on the farm. When he grew older the Yugoslavian wars became inedevible and he joined the army to fight. He committed many horrible acts and many people innocent or soldiers fell victim to his unit. After some time his unit got ambushed and many died. Radovan was taken prisoner and was treated very harsh. Yet he was lucky because just a few weeks later they would have a prisoner exchangement and Radovan was released, however that also mesnt he had to fight again. Which he now wanted to, he wanted revenge. A few years after the war he decided he wanted to travel and see new places which is how he ended up in Nyheim during the outbreak.