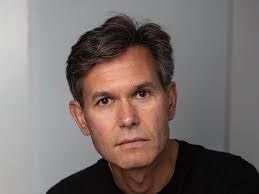 James Concord was born in 1978 in the south Melbourne area. his parents were both poor and could not provide all that much. his young life was spent on the docks watching ships come and go. As he got older and watched other kids with more then him he grew bitter and saw to stealing to rise from the slums he was born too.

As he grew up he spent more time repenting for the sins he had committed. While he never felt bad he always new it was the wrong action too do. As a younger man he was lost in life and found him self moving from place to place. leaving Australia to find a new start in Europe. While he spent many years going from one job to another he wanted to find purpose in life.

Till a day came he was by the beach when he saw a group of clocked people praying to the sea. He asked a man about it only to be invited back to a small underground church with a large crab alter in the middle. The man began to explain what the church of the crab was. And at the moment he new he wanted to be part of it. after a couple years a new virus called AVM-FLA-19 has started to spread across many country's. The temple master has asked a small group of churches followers to make a deadly trip north to Nyheim to found a new chapter of the church and protect any looking for salvation. but even the best plans come undone.