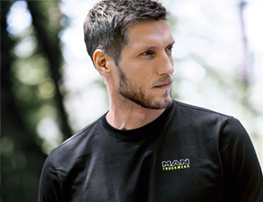 "Go to Chernarus", they said. "It's so beautiful in the fall", they said. "You should see the difference we're making", they said.
These were my friends. Good people. Doctors and civil engineers. For months I booked their flights and watch them go. Then listened to the stories when they returned home. Those stories! Everyone was experiencing the real thing, and I was stuck looking at photographs.

So, I went. I put money aside for the better part of a year (non-profit program administrators don't make as much as they should), and brushed up on my Russian. Then, when I made the arrangements for the next batch of aid workers, I also bought tickets for myself and my two sons.

At first it was magical. We helped in the refugee camps along the border, clothed and fed desperate families, handed out toys to the children. It was humbling too. Shifts in the emergency hospital left me drained and heart-broken. But I was making a real difference. So much more than phone calls and fund-raising letters. And I got to share it with my boys.

Everything changed so fast. We woke to shouting. Russian soldiers were forcing a hasty evacuation of the refugee camp. It was chaos. People were just sent out into the night. Aid workers were herded onto trucks. We threw on jeans and tshirts and left everything behind. Thank god my boys and I ended up on the same truck. I still don't know what happened to so many of my friends... We rode in the dark, no headlights, along coastal roads for nearly an hour. Every few miles we stopped and the soldiers would shout things in Russian. I couldn't understand much except "over there" and "hurry". Sometimes there were gunshots.

The soldiers were attempting to move a couple wrecked cars out of the road when we heard the screaming. Screaming doesn't really describe it. Nothing had ever sent chills up my spine like that. Horrible, inhuman, nightmarish shrieking. The soldiers began shouting and then a symphony of gunfire. We were pulled from the truck and told to run. Before we could take our first steps, we saw them. Twisted, twitchy silhouettes, briefly lit by the muzzle flashes. They moved so fast; tearing into the soldiers with animal ferocity. We ran.

That was months ago. I've lost count of the days. Since then my sons and I have done what we could to survive. We scavenge abandoned towns, hunt where we can find game. We learned to stay clear of other survivors. The things I've seen people do to each other for a pair of cargo pants... I'll admit my faith in humanity is gone. How I long for the rosy glasses I wore when I arrived here. But we don;t have time to dwell on philosophy. Its day to day now. Survival is all there is. My sons are all that matter...