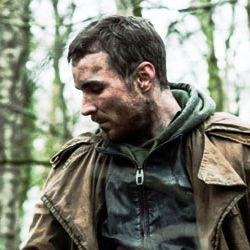 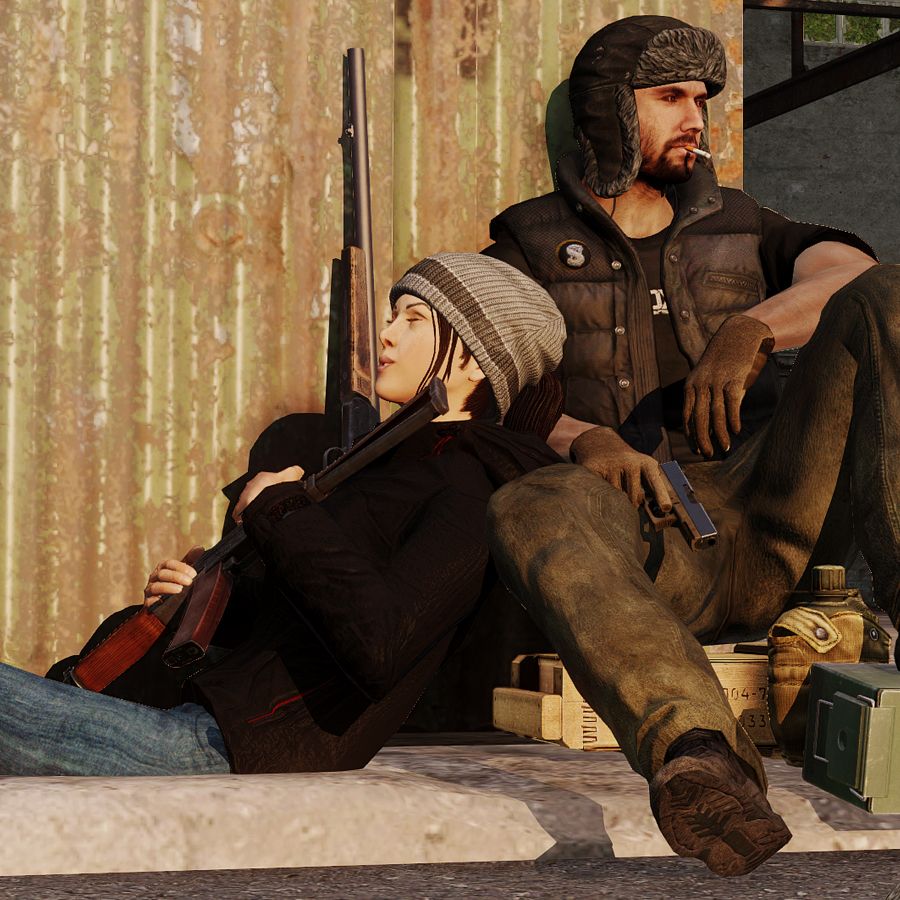 Just her. The only thing that keeps him going.

She was there on that day, after the fall. She bound his wounds, half-carried him home, and cared for him in the weeks that followed. For every change of bandage, every fever-nightmare, every sip of precious water, she was there. On the nights when he woke up panicked, drenched in sweat.. On the days where the pain from his ruined leg was all he could think about.. On the weeks of round-the-clock suicide-watch.. She held him, gave him the only painkillers she had, and on those really bad days, took the ammo from his gun..

The girl who cared. She didn't have to save him, and in fact she probably shouldn't have, but she did.

Rather than that day being the end of Scott's World, it was the day in which he found his new one.

Scott lives for the girl who saved his life.

A man born amidst the War to End All Wars, one who grew up in the 50's; He knew hardship. An absent father meant that even in the relative peace of the Decade of Hope, the burden of responsibility was on him to care for his ageing mother. From his late teens he became the provider. A scavenger. The food he foraged was never enough. Not for two mouths.. His mother left in the night of his 20th birthday, her goodbye-note a warm hat and a few cans of Lapskaus she'd stowed during autumn. For three months he searched for her, and in the absence of finding a body he still held onto the hope that she'd found somewhere safe. Eventually, reality sunk in. An elderly woman, leaving the house in the bitter cold of a Norwegian winter's night, with no supplies except the clothes on her back.. She was gone, and he needed to take care of himself. It's what she would have wanted.

So take care he did. He learned to hunt, to cultivate crops, and to scavenge quietly. Through trial-and-error, he learned how to handle firearms too, and with that came the ability to hunt. Slowly, but with confidence, he'd built himself into a capable survivalist. He expanded his scavenging radius further and further, eventually reaching a point where he felt equipped to relocate completely. He travelled West, towards Nyheim.

Though his journey was sparsely met with hardship, his food supplies depleted faster than expected, pushing him to be more bold in his scavenging attempts. One cold night in September, he pushed too far.

Though barely visible, he noticed a small trail of smoke rising from a construction site. Situated in a barren apple orchard by the road, the trail originated from within a half-finished warehouse, walled at all sides but missing half it's roof. Barely lit by the crescent moon, the warehouse seemed safe. No bulletholes in the paneling, no fortifications, no barbed wire camouflage. None of the typical warning signs. The chain-link entrance gate was padlocked shut, as you'd expect. This made the walls his best chance of a way in. Rebar-clad and head-height, they were climbable.

Cautiously he approached, stopping at the edge of the closest treeline to watch. The wind changed, and he smelled it. Cooking meat. Perfectly cooking meat. His mouth watered at the prospect of a decent meal, and his usual cautious demeanor faltered.

He half-jogged over to the nearest wall and threw his backpack over before scrambling up. One leg up, he shifted his weight, swung himself over the top and dropped. Only, he didn't land well. His pack had caught on a nail, and when he dropped down, one foot went through one of the straps, turning his fall into a tumble. He fell hard. Felt a searing pain in his leg, and blacked out.

Scott had no idea how many times he woke up that night, screaming in pain. The first two times he could barely register anything beyond the agony, before eventually coming to terms with it's source. He looked down at his leg. Three lengths of sharpened, bloody rebar protruded through his jeans, just above his left knee. The bars were bent, and they had not torn through cleanly. He felt around for anything to tie-off the wound, but passed out. Every attempt at first aid rendered him more agony and blood lost.

He woke to his head in the hand of another, and a canteen held to his lips. A stranger was giving him water. The pain turned to panic, then to.. Something else when he looked left and his eyes locked with.. Her. Deep, hazel eyes looked at him with worry. He was being helped.. By a stranger. Helped. It didn't make sense, but he felt a sense of safety in her hands. She was talking, but it barely registered. Something about having to move and an apology. A rag was hastily stuffed in his mouth, the motive for which discovered seconds later as she pulled a rope tight around his leg above the wounds. He passed out again.

The next time he awoke he wasn't on the floor, and there wasn't any rebar in his leg. There was still plenty of pain, but he wasn't dead. He was laying on a mattress in a small room. Judging by the warm light seeping through the curtains, it was early morning, and judging by the bowl of venison stew left by his pillow, he hadn't been abandoned.

That day, he met her. I mean, he really met her. He learned her voice, her name, and between bouts of pain and bandaged changes, she told him her whole story. The world had been unkind to her, but it was clear that it hadn't turned her bitter.

The road to healing became a blur. The cycle blended days into weeks , and the only respite from his pain was the woman who cared. It goes without saying that they fell in love, deeply.

He focused his energy on rebuilding his strength. One purpose in mind. Eventually.. He did. He built up the mental and physical prowess to kneel. He kneeled in front of the woman who had saved his life, and revived a tradition long-passed by asking her those four words. She said yes.

Strength renewed, and with her by his side, they set off for Nyheim, hope in his heart, holding hands with his World.