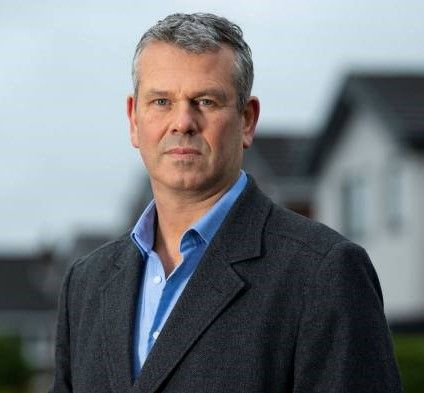 Max Thompson is a 49 year-old man who grew up in Vestby. When Max was a kid his family did not have much money and nothing was taken for granted. Everyone worked together to get what they had, that mentality still very much reflects on how he acts. He does not it when people do not pull their own weight. Being alone makes things simple, no one to let you down when you need them but since he only has to rely on himself anything that has gone awry was his doing. However, being alone is difficult for him, coming from a larger family with three brothers and two sisters he is used to having to rely on others. He is not sure what happened to his family in the mist of everything going on and would like to reconnect with them if he could. He never met anyone special during his time working and away from the family. Figured once things locked down that he probably wouldn’t either. It’s not like he wouldn’t want to but odds are low at this time.

Max was a taxi driver in Nyheim before the lockdowns. Started out working for a company and through the years was able to afford his own car in hopes to start his own company. Once the lockdowns happened, he was unable to afford the payments on his car, and this is where his financial situation crumbles. While his time working, he was proposed several offers from unsavory types. He always tried to avoid it but with the realization that he will lose everything he can not avoid it anymore. Reluctantly, since he tends to bide by the rules of the land, he goes along with their plan to transport whatever they have in the boxes that day. He never liked asking questions when he knew that he wouldn’t like the answers. There were a couple times when authorities stopped him, but was able to slip his way out each time. Come the day when one transport was too much for his conscience and decided to saddle up and deal with his losses. He is still hoping that part of his past doesn’t come back for him.

Now the loss of his car and his home he now wanders to find his next meal and friends or family. But not only did Max lose his job and belongings but majority of the friends he had were taken into camps. Not knowing whether they had been in the camps that burned or other camps. With the lockdowns and what has happened he has developed a distaste for the people in charge and people who executed those orders that lead to the crumbling of his life. He hopes for good in people but has grown a distrust of the people he meets, because of this he has a hard time making friends. At this point in his life he willing do anything to keep any friends or family he finds in his search.