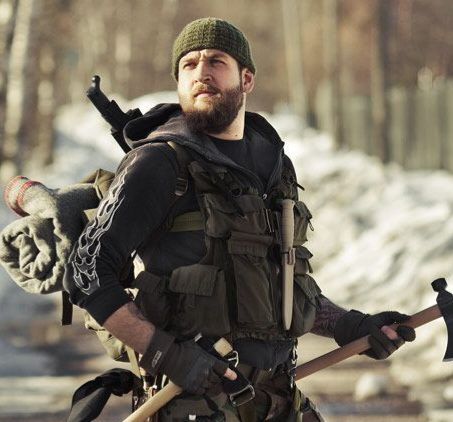 William Steele is 35-year-old Fugitive Recovery Agent from Knoxville Tennessee. William, or Bill/Billy as his friends know him, was working the case of a fugitive with ties to Russian OPG's. Though organized crime isn't his specialty or job, the fugitive Bill was hired to apprehend did make bail in the US and subsequently flee to Russia with a sizeable bounty on his head. This made him Bills prerogative. International travel isn't typical when chasing fugitives for American Bounty Hunters, but when the bonding company pays enough money, Bill goes. And when Bill goes, he comes back with his man.
Things were tough for Bill, as a pandemic was making it difficult for him to move through Russia, but eventually he found his target. After a lengthy and messy interaction with various criminal elements in the Russian underground scene, Bill was captured by members of a Russian gang and was beaten and broken, and left chained in a makeshift cell. As he sat cuffed to a radiator, he heard the world outside going to hell in a handbasket. His captors never returned, and he began working himself free. He was able to free himself, and when he looked outside, he found he was in hell itself.
With a rusty sledgehammer and uncanny intuition, he forged a path through the rabid Gnashers, and made it out into the Russian wilderness. He now only aims to survive, and find a way home.