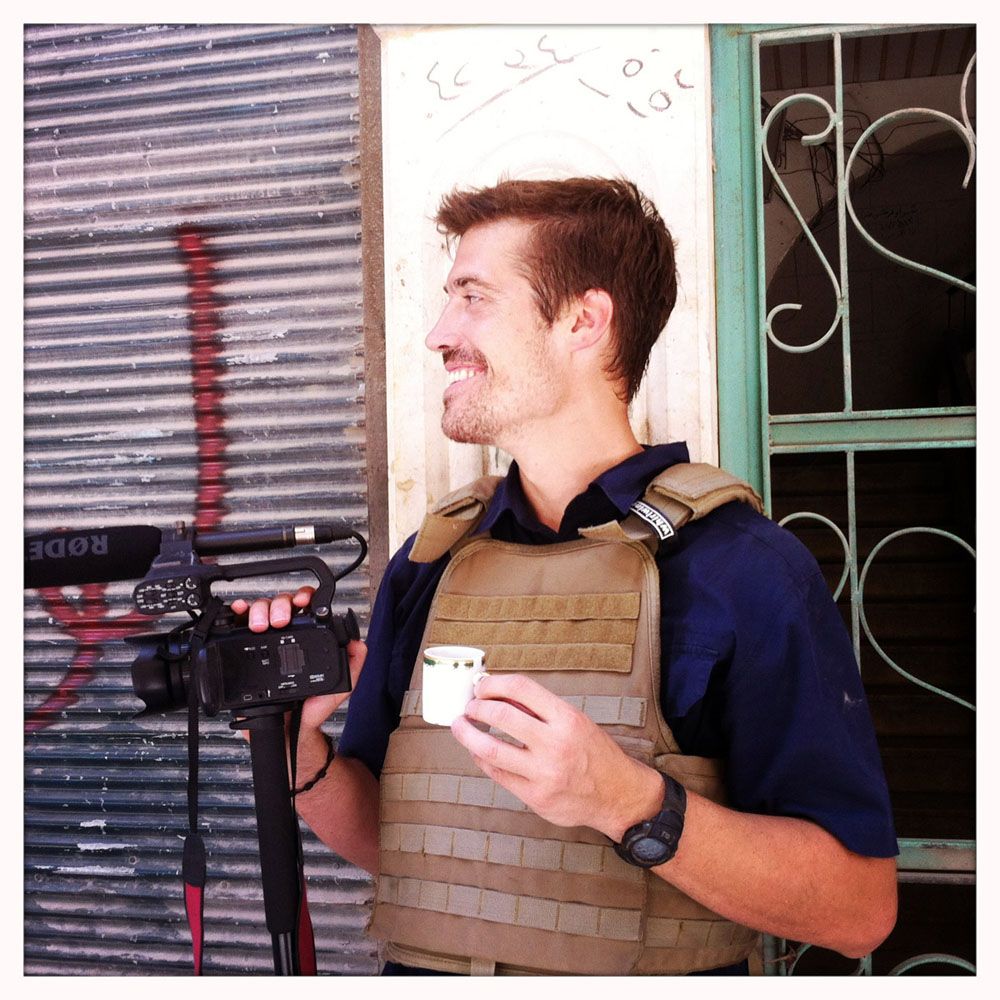 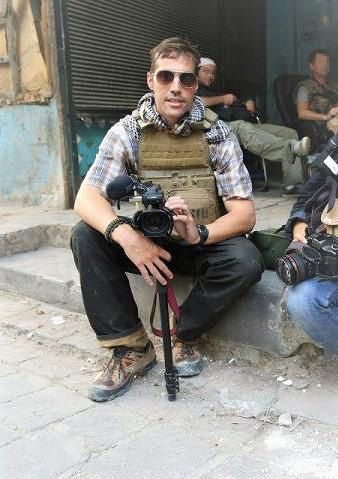 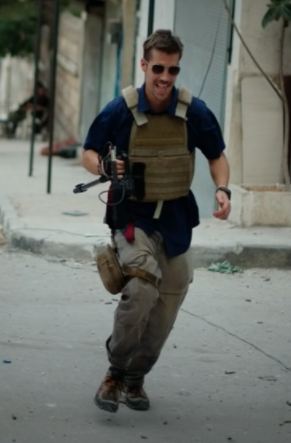 
Bishop Darkwood was born in the lower district of Augusta, ME. He was an only child of Mary Darkwood and Frank Walker living in a 2 bedroom apartment in the inner city. Bishop never really knew his father, all he knew was that he was some sort of asshole for leaving his mother soon after he was born leaving just Bishop and his Ma. His mother hated this, thus why he never adopted his father's last name.

Bishop fell into some gang trouble when he was around 10 years old. Being the son of a single mother let him get into places and groups he shouldn't have been when he was so young. He hung out with these kids starting with simple tough guy acts, leading up to breaking in and entering. He stayed doing this stupid shit with them for about 4 years. He enjoyed his time with these kids, they taught him how to solve arguments with his fists and when to drop a problem and move on. They showed him how to gain wit and talk shit, these times defended his stubbornness. However these kids were much older than Bishop and would easily take advantage of him. They introduced Bishop to various types of drugs and drinks that he didn't understand, however his longing to be included caused him to do anything. His search for acceptance truly affected him when he turned 14. One nasty fight almost ended his life when one of the rival group of kids pulled an old .38 revolver from a coat pocket. Bishop had never seen such a large gun in such small hands before. It surprised him, he wasn't scared like he thought he would have been. It was a gun, something that fired a projectile that would end his life in an instant. But somehow, he felt calm and he had no idea why, he just felt like this was his place. He felt as if he could handle this situation better than when someone had a knife or a bat. Maybe it was the fact he could talk his way out of it if the other kid felt stronger and more in control. All he knew was that he needed to get out, and when all his friends turned tail and ran, he stayed for some reason. He stared down that kid, looked him deep into his eyes and into his soul. The other kid was mortified, he had a gun after all, and this idiot was staring him down!? Bishop used this tool, began to talk to this gunman, explaining how he could end his life for sure, but as soon as that trigger was pulled, the kid would be on the run. He would ruin not only his own life, but his mothers life, and his friends. A gang fight with knives and bats was one thing, but a shooting in the state's capital was entirely different, he explained. Somehow Bishop convinced the kid, something about his presence more than his words seemed to move the kid away. Bishop didn't realize it then, but he was pretty good at talking through difficult situations, something he would come to use later in life. 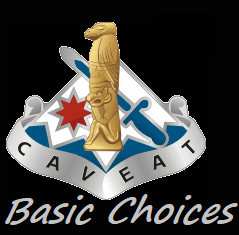 Bishop joined the Army at 17, without the approval of his mother. He hated to disappoint her, but his grades in High School were way below anything he could use to get into a college, and he felt like he would fit perfectly in this new “gang”. So, because his mother wouldn't sign the papers, he convinced one of his friends' mothers to forge the signing in his mothers name. He shipped off to basic what felt like the next day and he was gone.
Basic was stupid, the mind set and the comradery was fantastic, but the constant drills and waking up for no reason before the sun came up something he had never needed to do. His body and mind were conditioned, reprogrammed to a particular shape in order to survive in the Army. That was the idea, he figured, they force you to change yourself in order to mentality deal with the hardships of basic. Otherwise you’d drop out and go work as a welder or something. He began to enjoy the idea of going to war however, the plan that he had a goal and a purpose. Maybe he could make a career out of this, instead of just getting money and experience for a possible college plan. He built up friendships and connections he hoped would last him lifetimes. The day he graduated, all fit and dressed like a soldier, his mother cried at the ceremony.

Bishop graduated and was sent overseas, something he expected and completely and had prepared himself for. He was trained and grew up during the war on terror, he hated the terrorists who killed his brothers overseas. He was ready, him and his friends were here to do their job and get out, wait their turn and get back again. As part of the United States War on Terror, he was sent to Afghanistan as a 11M Rifleman. Attached to the 172nd Infantry Brigade who would of course be leaving most of their heavy mechanical war machines behind. Instead the brass wanted them to patrol on foot. Of course, Bishop did not go completely Rambo in basic, he held his good humor and annoying New England Accent. He took the orders in stride and with a smiling face, replaced the grizzled veterans who were heading out. He wasn't scared, the war zone called to him, and with his new purpose of protecting his guys he knew where he was supposed to be. He was lucky, he told himself, the war was winding down and they were beginning to transfer control back to the locals. It “shouldn't be that bad over here, just gotta make it through this deployment”. A deployment that would last 7 months he would come to realize, cut short due to injury. On December 18th, Bishop practically stepped on an IED, sending him skywards to crash into one of the nearby buildings. He was extremely lucky, as the IED was manufactured from an old soviet Anti-Tank mine, which explosion is directed upwards. However, while the original design did not create much shrapnel, the layers of sheet metal placed around and on top of the mine did. Apparently while he was patrolling down the street with some of his men, one of the locals remotely detonated the explosive, sending Bishop flying and bits of Sheet Metal into his right leg. He was rushed to a field hospital and then to surgery to attempt to recover the leg. As if by a miracle they were able to save his leg, removing most of the shards of metal. However, due to extensive recovery and the inability to remove everything, Bishop would spend the rest of his deployment in a Military hospital recovering.

Bishop spent the rest of his time in the country recovering from his leg injury. He was able to move luckily, however at reduced speed. Certainly not at the level required for an Infantry man. However, he shuttled medical supplies around the hospital, helped doctors direct the wounded and even met lots of new people coming in and out of the base. During this time he ran into one of the many War Correspondents in the country. This particular one was spending his time interviewing the wounded and writing back home. She stated she was writing for an American company against the war and wanted to ask Bishop some questions about his experience. Turns out, Bishop more interviewed her, he was fascinated by her. He knew reporters must go into war like he did, he had seen them on Tv so they had to be around somewhere. He never saw them as none were attached to his unit. He wanted to learn more, he needed to understand if perhaps he could do this. He wanted to stay in the country, it was all he knew. He changed himself into a soldier, something his mother couldn't have expected, and he would be put in a desk job after his first deployment. So he attached himself to this reporter and learned as much as he could. It wasn't hard to stick close to her, hell, the base commander was happy to find a volunteer to keep the damn reporter safe. So, he made a deal with the reporter about possibly finding himself a new job.


Back in the Saddle

It was the perfect job for him, spending his time back in the environment he loved so much. He had gotten a job as a War Correspondent and found out he was damn good at it. His obsession with asking questions and his apparent inability to feel embarrassed allowed him to get in and talk with the people who needed talking. He elbowed his way in and would ask questions and document like a professional, making a name for himself quickly. His biggest job yet was the United States Army allowing him to be embedded with the 2d Cavalry Regiment. They were stationed in central and western Europe. An area he didn't have too much experience in, but he was excited and read to tackle the challenge. He planned on using this detachment as a stepping stone, allowing him to reference it and gain valuable connections so he could get back to the real conflicts. The biggest problem he had was the complication of this new pandemic that had struck the world. This was the first time that he had been thankful his mother had passed, glad she wouldn't need to live alone locked in her home. He wouldn't let this get in the way of his work however, and decided to continue to make relationships with the troops he was embedded with. Little did he know what was to come, being close to those small town soldiers had absolutely saved his life when the fire bombs fell. Without their help, he would have been living near the officers, spending outrageous money for a hotel and even worse, been exposed to that toxic smoke being sprayed in the streets. Thanks to the soldiers he bonded with, once the firebombs fell, he had a group of friends to rely on. After the loss of the 2nds higher ups, Bishop didn't see much sense in sticking around. The Army was falling apart, men were deserting left and right, running off to a place called Nyheim up north. Lucky Bishop wasn't in the Army anymore, so leaving wouldn't be a problem. He decided to follow them, not only to get there story, but to find these officials who ordered the fire bombs. The world needed to know why, and Bishop would be stupid not to go.