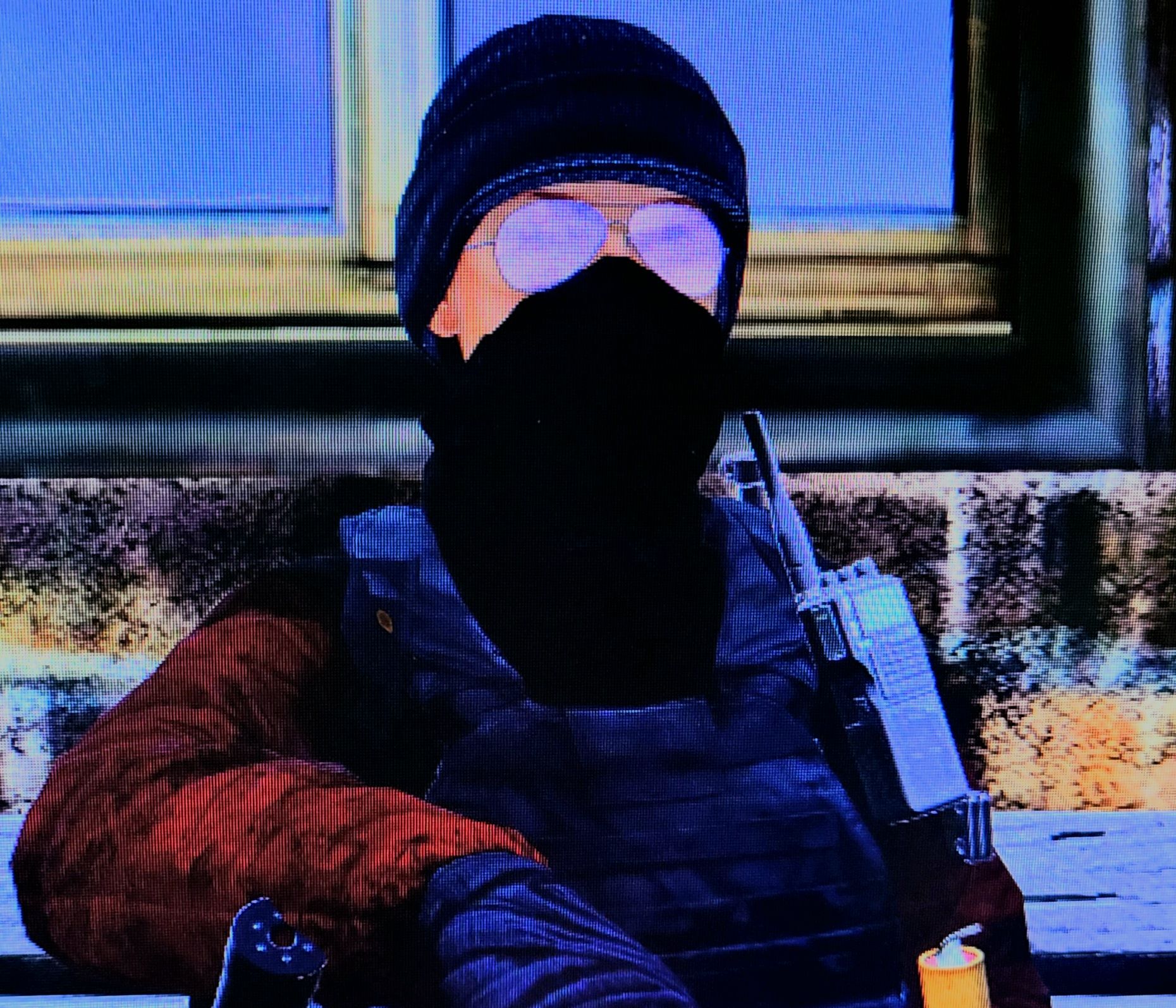 Born in Banff, Canada, Ella lived her life to the fullest, she thirsted for adventure. She wanted to explore the world and dreamed of thrills. As soon as she turned 18 she applied to The Royal Canadian Air Force (RCAF) in the army. Nothing makes her regret her choice. In 2019, AVM-FLA-19 quickly appeared around the world. His government had closed the border too late, the dreaded virus was already across Canada. Nobody understood and that started many plots vis-à-vis the government and all the people in "charge". Everything was closed and everyone was on lockdown, the military in the streets to enforce the rules issued by the government. She was on a mission for a humanitarian mission to help other countries to get supplies and survive on food, water. She and her crew were aboard a CF-188A Hornet as they flew from country to country the pilot had an attack, he was infected and it was at that precise moment that it all turned into a nightmare. Ella had to shoot him to avoid getting infected too if it wasn't too late already. Ella tried to remove the body and take her place to pilot the planes but it will be too late that she will crash into unknown land in the middle of a forest. Ella wakes up with a big headache preventing her from coming to her senses completely, blood .. blood a lot of blood. She had a hard time remembering and also how she survived the crash, she was very lucky. She will try to reach the Canadian embassy but her equipment does not work, her radio does not pick up. A group of people arrived where the plane crashed. They'll take care of her, give her a place to stay and whatever else she needs.