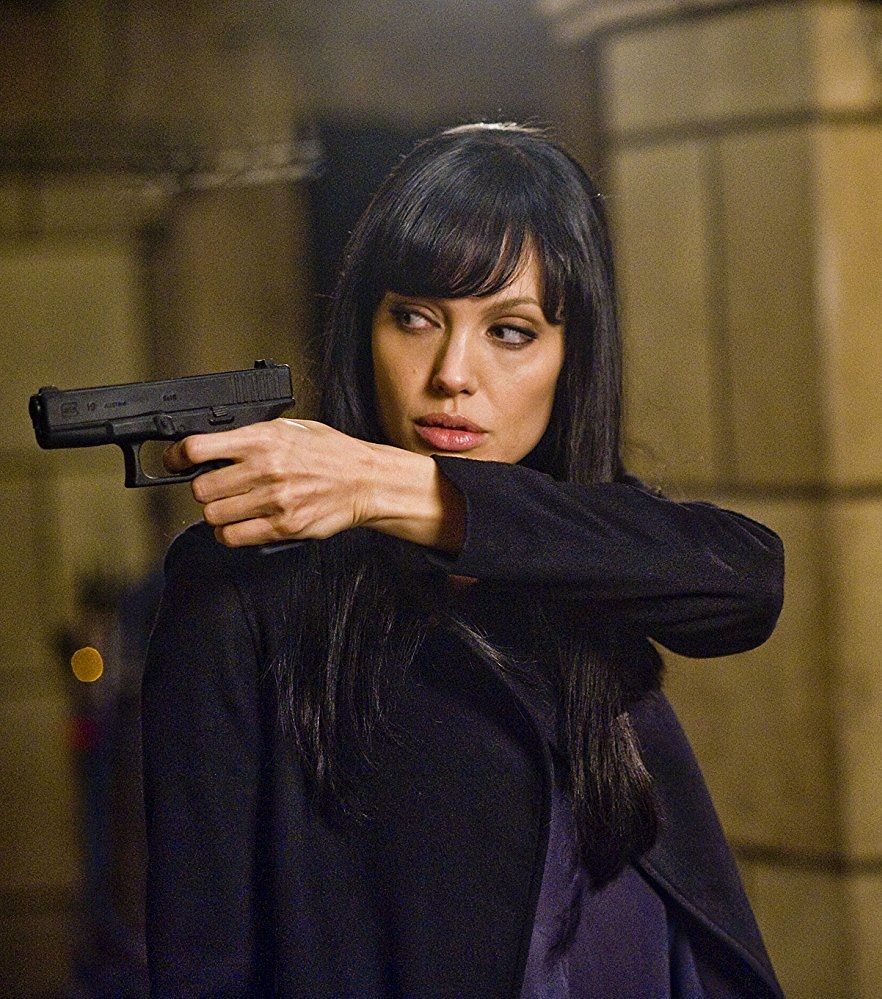 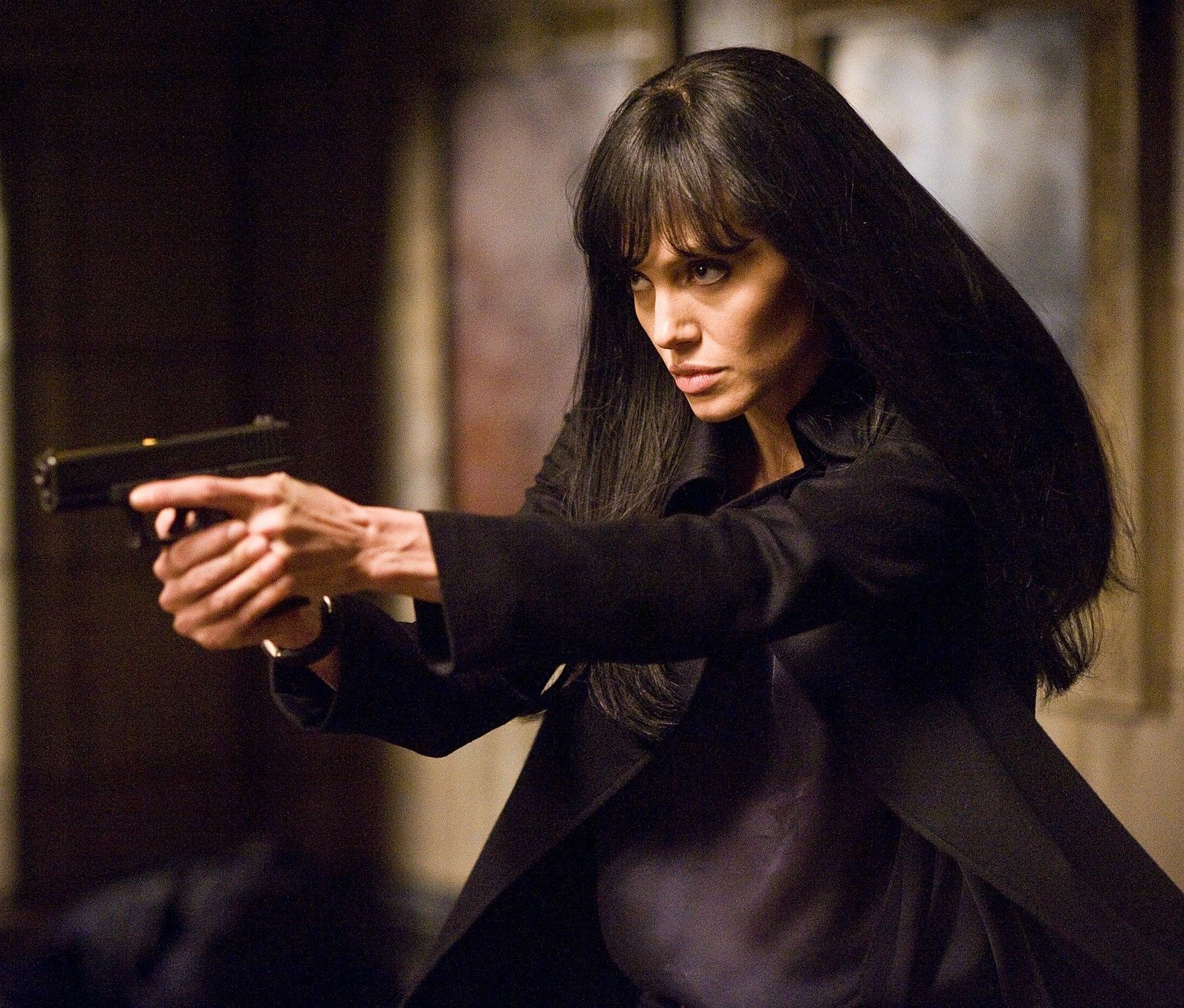 Luna was born an orphan, her mother died during parturition. Often getting herself into trouble, sneaking out of her orphanage, and hanging around the wrong crowds of people. Luna's nickname "Ivy" arose from landscaping around her town and constantly getting rash's from different poison ivy's. Her nickname stuck and began referring herself as such. Luna moved out at an early age, rooming with someone she got close with. Her roommate got her involved with a mildly professional gangster type group. Where they would do small robberies on other gangs, guns, drugs and more. Lunas job was more of the undercover work, to gain information for her friends and other members to go off of to perform their next hits.
- Gang Related -

With Lunas new life practically as what most would call her a "mobster". She stuck to the name Ivy to protect her identity from the public and her own peers incase anyone were to rat. Luna was good at her job getting information and locating people, and performing small hits herself. Though not the best shooter herself, there was a couple occasions a shootout would arise and she would have gotten shot. Luna pushed through most pain and continued to pass along anything vital she knew working her ways up the ranks, being well respected amongst her peers. Until a new job came through. Herself and two others were sent to the city of Nyheim to learn the plans of a group that was causing issues across seas with them. Her job was to learn their travel methods, names of people, and to find their stashes of where they kept a supply of arms that they sold. Luna had made a lot of progress, even finding a small stash that contained a few crates full of weapons.  Though eventually she would have gotten caught when looking through their stash. Being held up along with her two partners, who would have turned their backs on her and pulled their guns on her. She was set up and had no choice but to surrender.
- Runner -

During her surrender she saw what looked like someone limping their way into the building. After being told to leave multiple times, they got closer and just began to beat on the men, attacking them, gunfire rangout through out the building, Luna ducked to cover and grabbed a gun from a crate close to her to shoot back at her captures while they were distracted. Only hitting one of them, and dropping the gun. She made a run for it, seeing police, EMS, and fire trucks speeding through the streets, everyone seemed to be in panic, though she ignored it thinking they would be looking for her, hiding away in street alleys from any people. She would also have one of the "infected" people stumble to her and attack her, Luna thinking its just some drugged out or drunk man, she shoved him away and began running again, the more she ran the more she saw, seeing the chaos beginning. This was the start of the outbreak for Luna as she witnessed. attempting to call her boss, nobody answered. Luna went into hiding for days, eventually being taken in by a couple that helped her with food, water, and safety. Trying to make more contact with her boss and old group, she never got any answers... This was a new life starting for Luna.

Bloodlust - I always have this horrible urge, putting myself in danger to hurt others.. must be from my past work.
Malicious - Causing harm to others is almost... addictive.. but I can restrain myself.
Unmerciful - If someone hurts me or my friends. They'll get exactly what's coming to them. I will NOT hold back.
Impatient - I hate waiting around, I just want to get my hands dirty sometimes.
Dominant - I won't just allow someone to talk me down without showing some force... unless I'm clearly outnumbered.
Honest - I can't let myself lie to the people I love and trust.
Loyal - My loyalty always lies with the people I run with. My loyalty will stick until the end, unless they betray me. Then they die.
Loving - I have this "mom" syndrome practically, I need to love and protect everyone, especially the younger ones.
Fearless - I put on a show of showing fears sometimes, but in the reality.. I'm not too scared of much.
Manipulative - I'm good at getting things my way... and I will get them.
Mediator - I'm pretty good at helping calm situations down when i'm friendly with both ends.. despite me being bad with words.

Either marked with a

- -
I'm still pretty new to this group but.. he's a good leader. I respect him... for now... just hope he doesn't backstab me like my last boss.
Gotten to know the boss man a bit more, we have our laughs together a lot, I'm beginning to like him more
I'm starting to lose my respect for Fin.. Due to recent events, it almost feels like he's putting his ego ahead of the safety of his people.
I think I'm beginning to get my respect for him back, any bad blood I can say is relieved.. I'm willing to let the past be the past.

-
Seems like a good dude, bit intimidated by him.. but at the same time I'm not... we'll see.
He's more of the "muscle" in the group, which seems to be what I've been following.
I can respect him... but everyone can backstab me.. I like him for now.
Beginning to like Dimes some more, and losing a bit of the intimidation....
Wouldn't be surprised if he doesn't really like me considering who I've been hanging around... but I still respect him

- -
Crow is really respectful and nice,  still.. don't know him too well, but I like him for now.
I'm starting to like him more aswell, Another person I believe to trust slightly.
Been around Crow a bit more often recently, Don't really know his views but he's good to me.

- -
Haven't really talked to Sam to get much of an opinion, but I like him.. for now.
Sam is a good man, we've hung out together a few times now, I enjoy his company just as much as the others.
Sam is a fighter, he tried his best in the most recent Firefight, he's got my respect...regardless if they were my friends.
I still like Sam and consider him a friend, but recently there was a really big mix up that happened because of what he said to me.. could've been worse but he still has my trust.. it was just an accident.

Tiny.. Isn't so tiny.. I like Tiny.. I don't really feel too worried about him betraying me for some reason.. I trust him.
I've gotten to be around Tiny more, I like him, he's a good man, I truly see him as a great friend.
Tiny helped me a lot when I was injured. Kept me company, Tried his absolute hardest to take care of me until a doctor arrived. Tiny is always amazing company to be around. I know Tiny genuinely cares for me, and I care for him. I feel like I can comfortably consider him a best friend to me.
Tiny still is one of my best friends and cares for me a lot

I like Kat a lot, she's a great person to be around... though she is quite bold. Pretty obvious she may have a crush on me.
I trust Kat a lot, I doubt she would hurt me, or go against me.
Almost hard to say but... I think I.. Love her... Weird feelings I'm not used to. But I think its safe to say we are together.
I love Kat, she's been bed ridden for a bit, not feeling so well it seems, I hope she's okay.

-
I don't know Zero too well, though he sure is a hell of an electrician... also good at slipping off the roof..
I like Zero for now.. still don't know if I can trust him.. just like the others.
I like Zero, He is a good friend, has a bit of a drug problem, but I don't blame him.
Same as Sam, hell of a fighter.
He got really upset with me bringing Marek into the tower to tend to my wounds and sew me up... I understand why.. but I think my health is more important... as it was a one time thing.

Don't think I have met Ryan yet.. but if he's like the others. I probably won't trust him for awhile.
His absence worries me... I don't like it.
Still hasnt shown up, starting to worry more and more, losing my trust with his absense.

- -
Sheva seems nice.. I like her but.. I guess, we'll wait to see how long that lasts..
She isn't around much but, she means well.
She went missing.... heard she had some problems with Dimes, but she hasnt shown up since.

- -
Jake is nice, Doesn't seem to speak but, somehow I feel I can relate to him...
I like Jake, he seems like a good kid, Though he doesn't speak, he's very expressive.
haven't seen Jake much recently, but he's a good kid.

Interesting kid.. Seems to have a lot going on in his head but.. don't we all?
told me about his religion a bit, it's interesting, I'd like to learn more.
I have this Motherly feeling around Ryan, I want to protect him, I feel very attached to him.
Ryan killed 2 people recently, and it seems to have really affected him... I wish I could help him....
Been hanging around Ryan a lot recently, Really connecting with him more.

- -
Karl is quite charismatic, and a awfully good builder and climber. I like him, he's good company to be around.
Karl is great company, been on a few runs with him, he's doing a great job here, contributing a lot.

-
Richi is a good man, him and his people I consider friends. I wish our recent gunfight hadn't happened. I know they mean the best, and I know Richi cares. He took great care of me while injured.
Himself and his people have been taking care of me, and helping me through a lot, I trust him a lot.

- -
Ezra is also a very good man, and I greatly appreciate his hospitality. I consider him a friend to myself, and I like to think he does to me aswell. I'm wanting to hangout with him and his people more. Especially to help the current relations.. I know we are personally good, but not to the runners. I would like to help.
haven't seen him much recently but same goes for him that goes for Richi.

-
I'd like to say I trust Marek the most out of everyone in the group, He's taken amazing care of me, and helped me through a lot, Had my back on numerous occasions. Marek even got me a joint one day.. definitely boosts our friendship by a lot. He's a great friend and great ally to have. I'd never intentionally pull my gun on him.

(as Luna meets more people, and gains opinions, more people and groups will be added.)