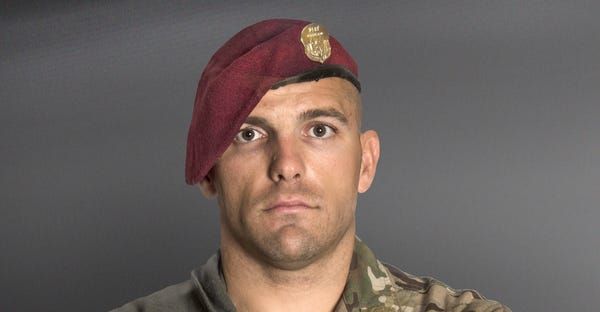 Joined the US Air Forces and served for 18 years. On his flight back from Afghanistan troops withdrawal, the plane crashed in Nyheim. All 6 members have perished while Dominic Laker has lost his sanity due to his disconnection to the United States without contact from his kids nor wife. He now recruits remainder solo soldiers with some military training to have them do his dirty work (robbing and taking hostage people in exchange of resources). When things go south, his sanity turns into a rampage. DO NOT MENTION anything about his wife or kids..