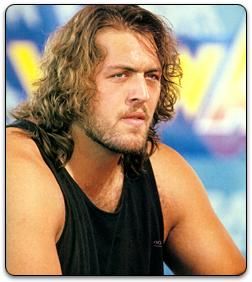 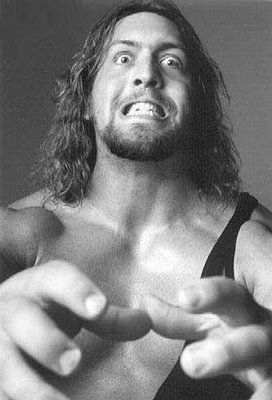 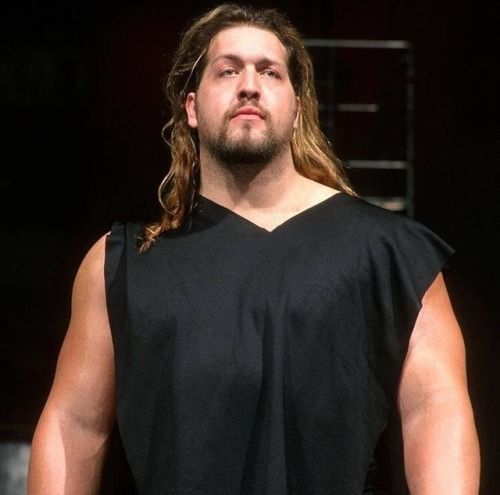 Tiny was born into chaos. His mother was a 15 year old Italian-American and his father was a false memory. He heard stories of his farther growing up, but other than physical characteristics, he did not have much to go on. His mother tried her best, but she had struggled to make ends meat. She worked as a sex worker to supplement her income from her bullshit fast food job. Men were in and out of the house constantly and looked upon Tiny with pity, which he resented. His mother was too busy to care.

He was a big child and always stood 3 to 4 inches over his classmates. He slumped his shoulders forward and bent his knees to be the same height as his friends. He hated being tall and he hated being different.  His voice was deep and he did not do well at school. He never wanted to be noticed. Most kids grow out of it, but Tiny never did. Things got infinitely more complicated when Tiny started confronting his sexuality.

When he was 12, he found himself looking for family outside the home. His mother never came looking for him. He desperately wanted to be loved but he often had difficulty distinguishing between platonic and romantic feelings. He thought this was because he was "stupid," and the people around him missed no opportunity to remind him of his "stupidity." This meant that Tiny would bounce from friend group to friend group before ruining everything with an inappropriately timed kiss or awkward distance. This meant that Tiny lived on the street most of the time. He would steal to eat and steal to put cloths on his back. He never had time for school, which only made him feel more unintelligent and stupid.

When Tiny was 15, he woke up to two people standing over him. His immediate thought was that it was time to pay for his petty theft. When they bent over, he could see the smiles beneath their hoods. One of them helped him to his feet and gave him a hug that said more than words could ever. Without saying a word, they gestured for Tiny to follow. He watched them swiftly bound from roof top to roof top without hesitation. He was slow, but he eventually found himself at their hideout. They called themselves The Road Runners and they functioned more like a family than a gang.

They did not care that he was gay, and they never shamed him for his size or his intelligence. They taught him how to swing a bat and how to shoot a gun. They taught him strength and how to take physical abuse. They taught him how to fly from roof top to roof top and hide in fire escapes. He became good with his hands. He lifted weights nearly every day and grew into a bear of a man. Most importantly, however, he learned how to love and be loved. He learned that he was worthy of affection. He loved the Road Runners and they loved him back.

When Fin, the project leader for the Road Runners, asked Tiny to go to Norway, he agreed without hesitation. It was an honor to be selected for this job, and Tiny would follow his family without hesitation. It was as much of a flaw as an asset. He had no confidence in his own decision making or intelligence. Going to Norway was the first time that Tiny left New York. Hopefully this was an opportunity to learn and grow and become the man that his new family knew he could be. 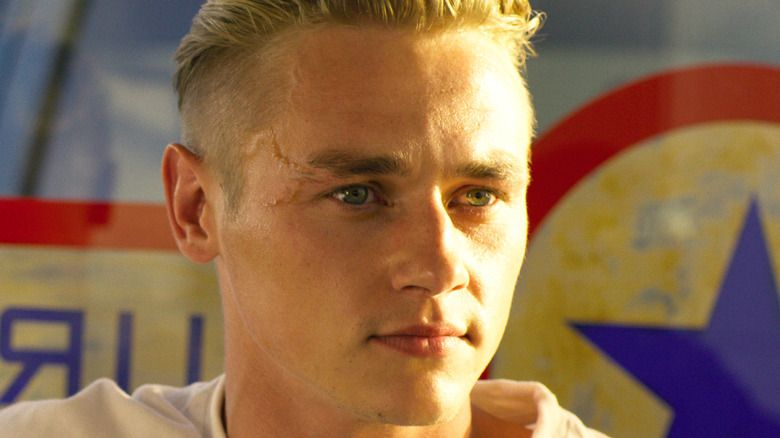 Noah "Zero" Sutton-- Tiny's best friend. They both joined the Runners around the same time and Tiny was immediately drawn to Zero. Zero has always been kind to Tiny, and Tiny has always looked up to Zero for his intelligence and confidence. Zero is cool and his passion and aptitude for electronics makes him a wasteland genius. Deep down, Tiny does not understand what he brings to their friendship, but he constantly reminds himself he is worthy of a true honest friend.  Few things are as pure as Zero and Tiny's friendship. 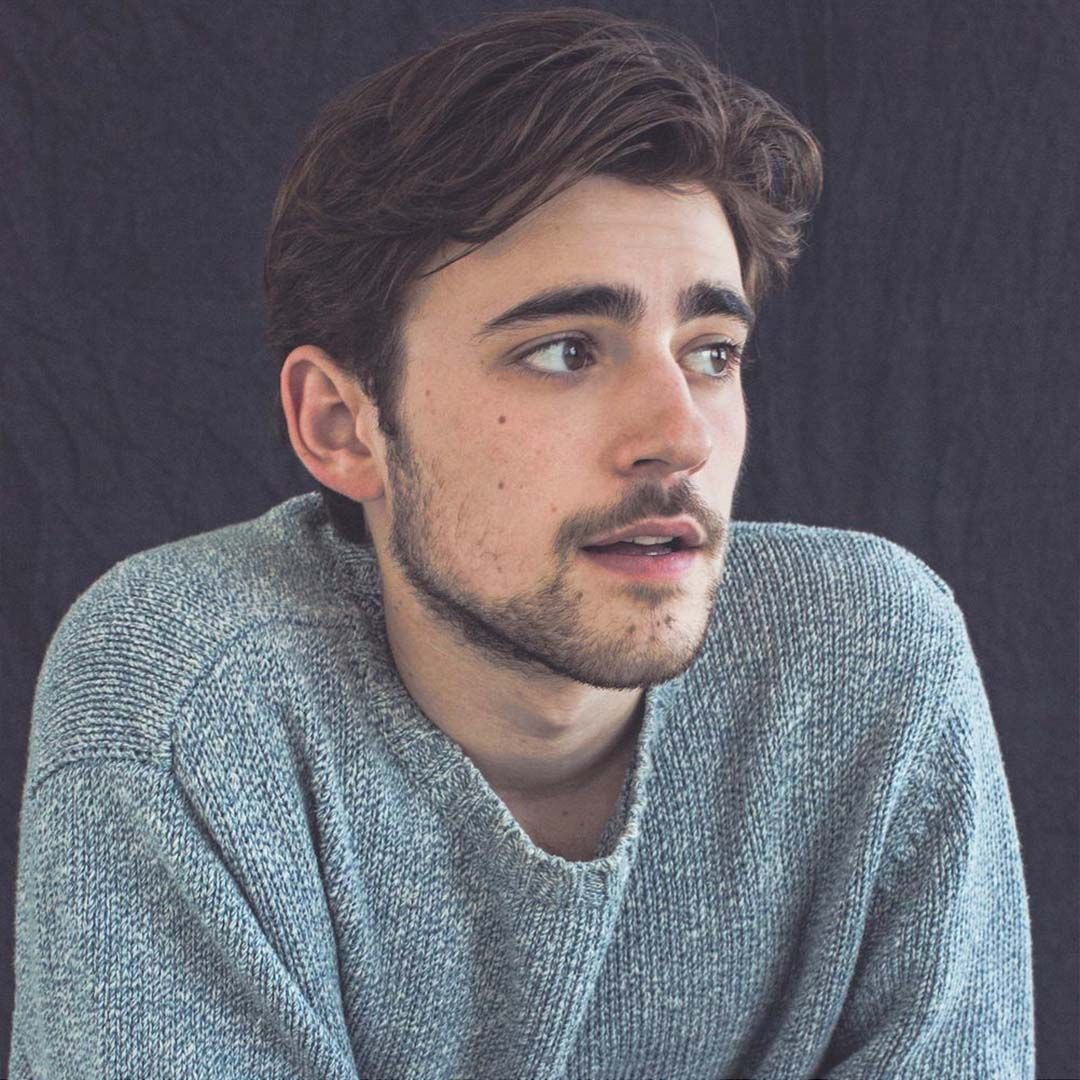 Finley "Fin" Woods-- Fin joined the Runners after Tiny, but his confidence and effortless swagger made him an instant hit in Tiny's eyes. Once Fin began training the Runners, Tiny dedicated his uncritical support for Fin's leadership. As a leader, Tiny looked up to Fin and jumped at the opportunity to show Fin his physical strength. Tiny maintained a small distance from Fin in an attempt to hide his intellectual shortcomings. Of course Fin knew, but he was equal parts too cool and too kind to let Tiny know. The biggest honor of Tiny's life was when Fin invited him on the Norway job. In tern, Tiny's loyalty knows no ends. Whether this is a blessing or a curse is yet to be seen... 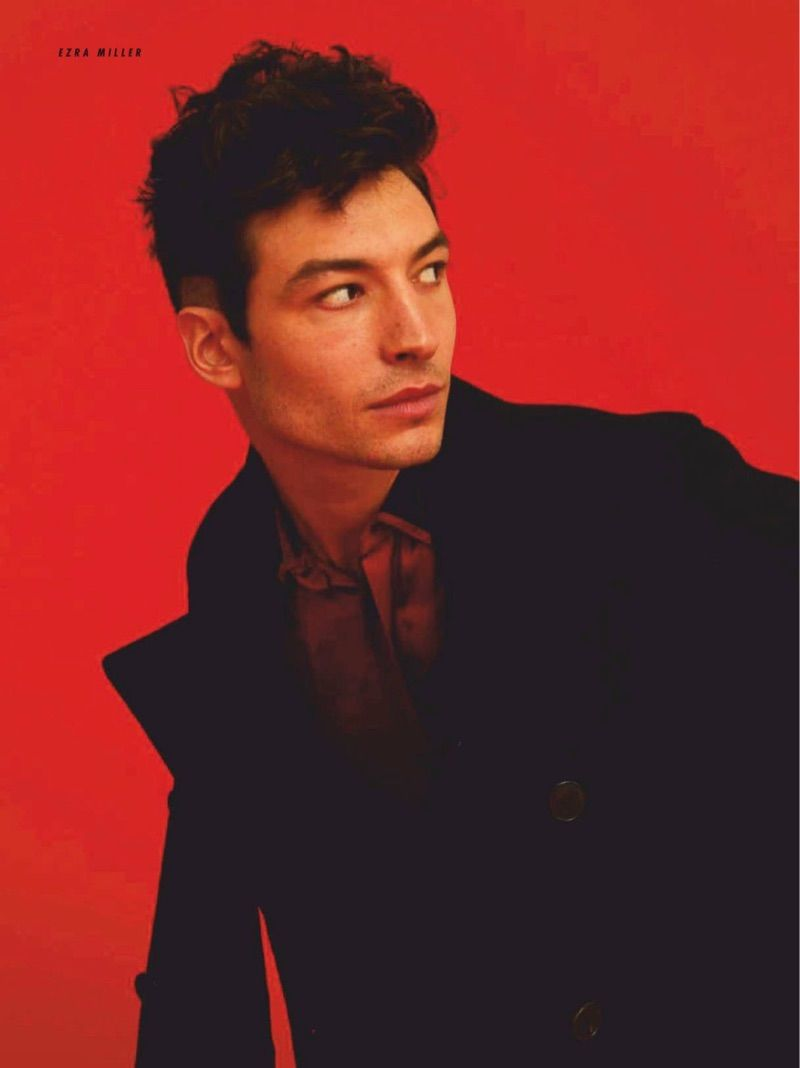 Corvus "Crow" LaRue-- Crow and Tiny were not especially close. Crow's accent made him difficult to understand sometimes and Tiny's sheer awkwardness meant they would sit in silence just waiting for the other to speak. Crow being French meant that he was cultured in Tiny's eyes. Crow is a kind and loving man, but in Tiny's eyes he was pretentious and looked down on Tiny's relative ignorance. This of course was based more in Tiny's insecurities than the objective reality. However, they were family, and loved each other whole heartedly. 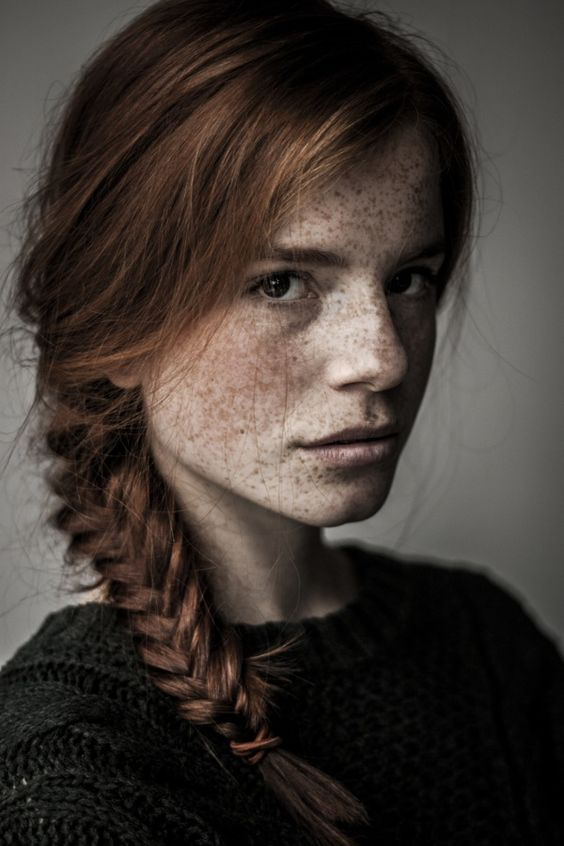 Katarina "Kat" Jasmire--Tiny loved Kat. She had been a Runner even before Tiny and helped show him the ropes when he came into the family. Tiny was physically strong, but he could never natch the relative strength of Kat. She was truly and authentically herself. He could not help but smile when she was around because she filled the void his own mother left. 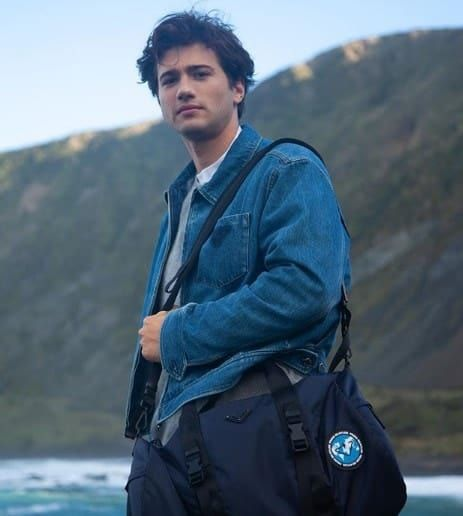 Jacob "Jake" Davis--Jake was mute and him and Tiny had a unique dynamic. He was mysterious but his dedication to pacifism and kind eyes convinced Tiny he was kind. Tiny was not much for small talk, so the fact that he had to lead the dialogue with Jake meant that there was always a relative distance. Tiny thought Jake was really cool and was envious of his mysterious nature. Often times, Tiny would fantasize that his own silence was interpreted as cool and mysterious, like Jakes.  However, he knew this wasn't the case. 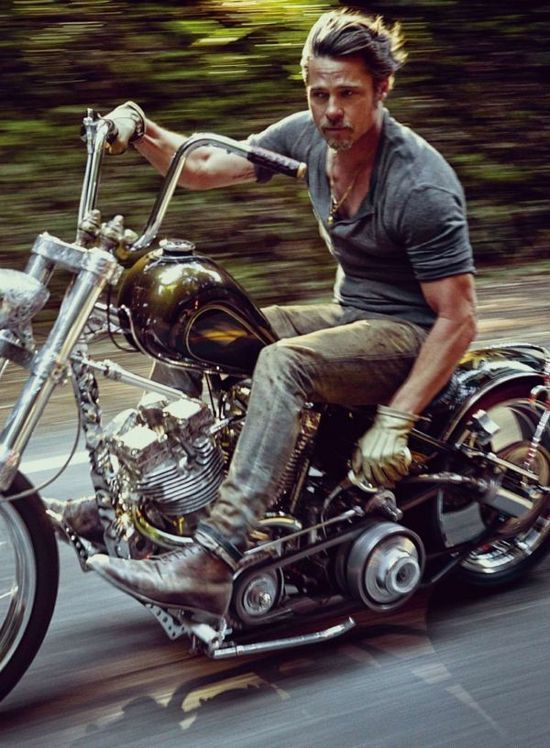 Logan "Dimes" Moore-- Dimes was everything that Tiny aspired to be. He was similarly as strong as Tiny, but Dimes was street wise and respected. He was recently hired but it was no mystery to anyone, including Tiny, why he was picked as enforcer. Tiny's respect for authority meant that he was unquestionably loyal to Dimes and followed all the rules to impress him. Normally people would respect Tiny's strength, but he felt that dimes saw through his muscles and into his mental weakness. He didn't know if Dimes liked him or not, but he hoped deeply that he did. 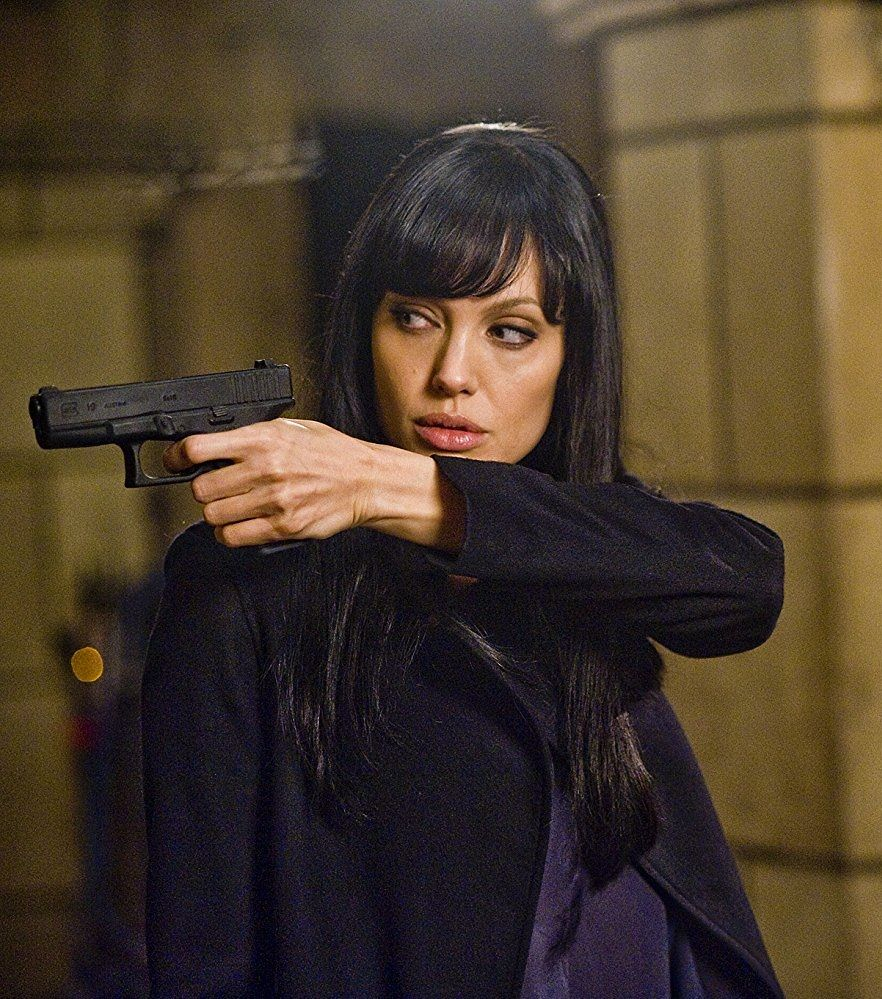 Luna "Ivy" Wolf-- Tiny is subconsciously attracted to dangerous women because they remind him of his mother. Therefore, Tiny loves to hang around Ivy. She is kind to Tiny and is willing to accept his help... which is how he shows his admiration for her. Their relationship is of course purely platonic. 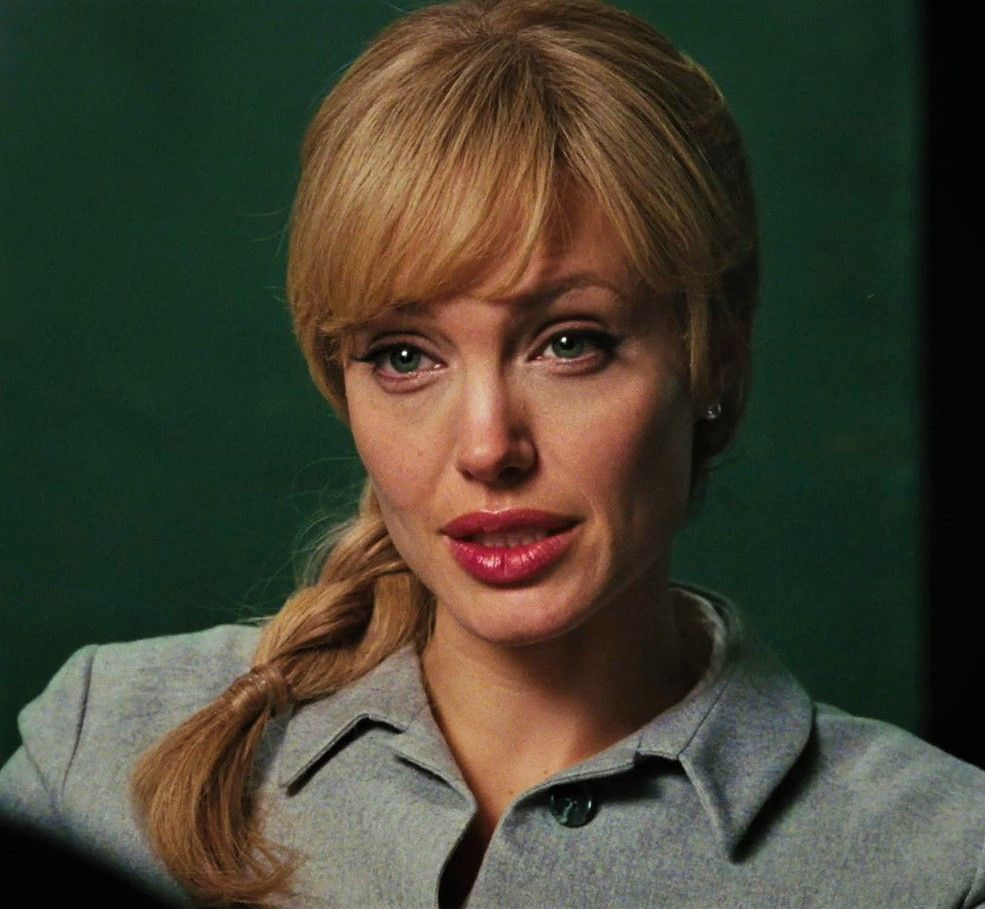 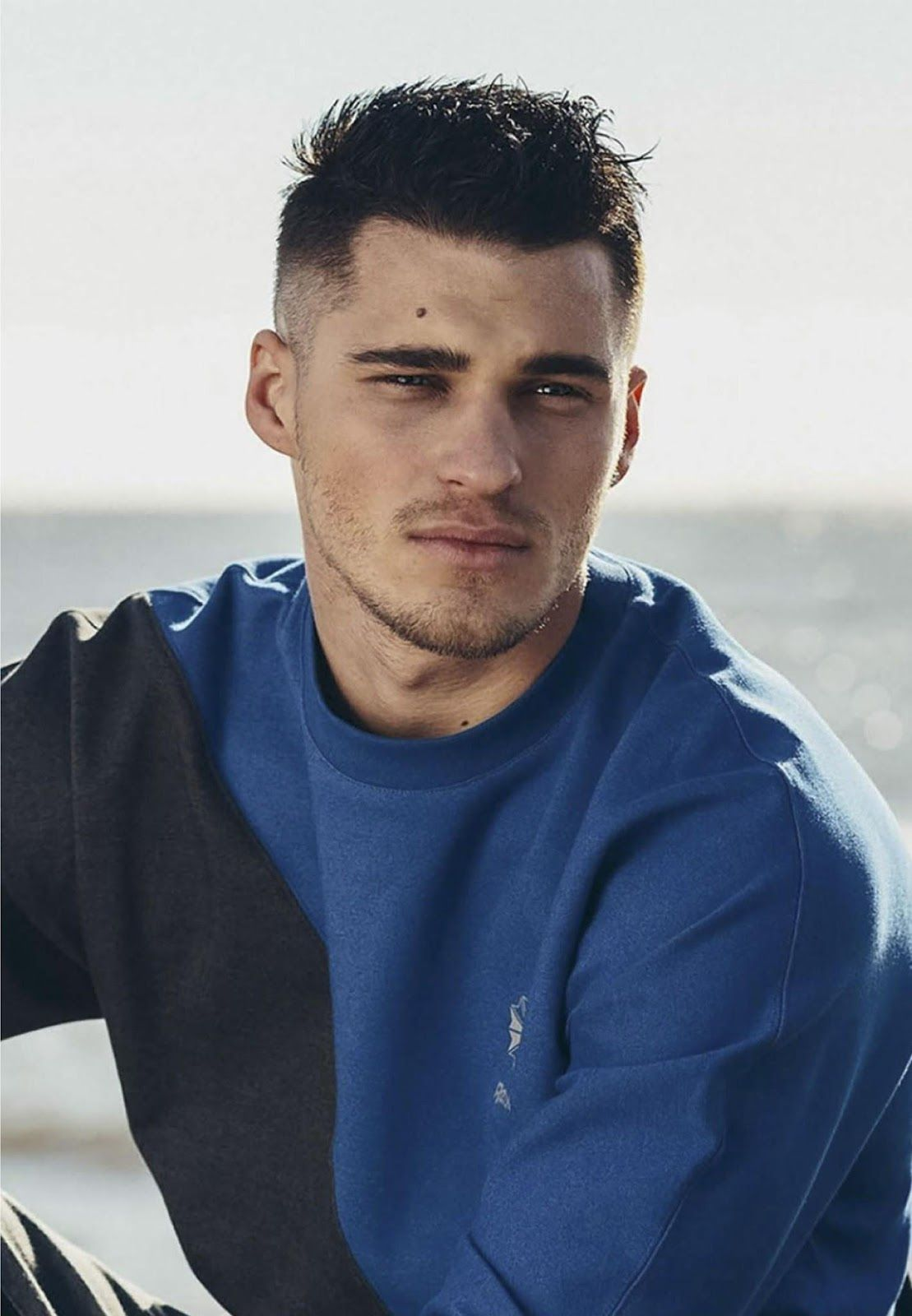 Karl "Karl" Hansen-- Karl is one of Tiny's favorite people in Norway. Karl's fearlessness and passion for problem solving make him an excellent freestyle runner. But his callus disregard for his own safety makes him a legend in Tiny's eyes. After exploring the rubble around Nehime City with Tiny, Karl made time to teach 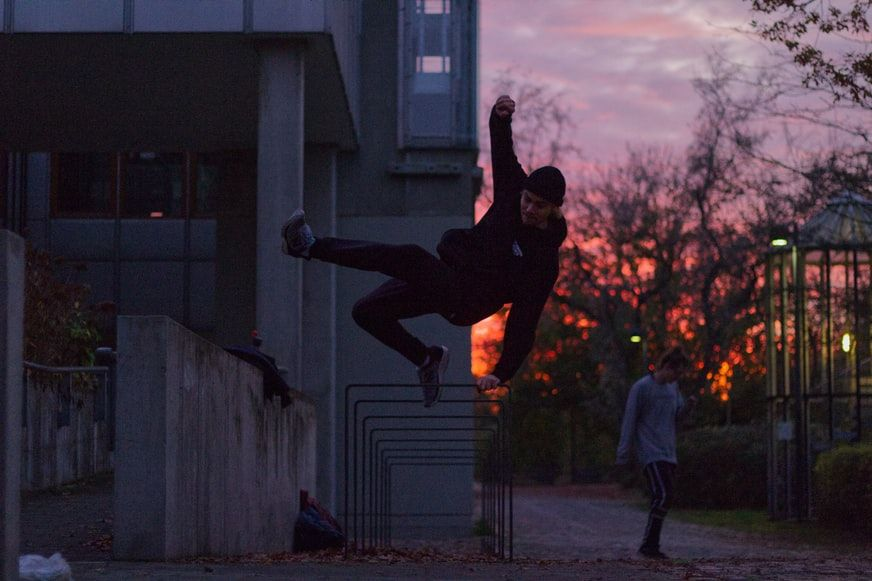 Tiny the proper way to bash an infected (turns out it is different than bashing a living creep). This illustrated to Tiny, that Karl cares enough to put his own bodyin harms way to, not only, plan escape routes for him and his family,  but also teach Tiny the ways of properly using his strength in combat with infected.