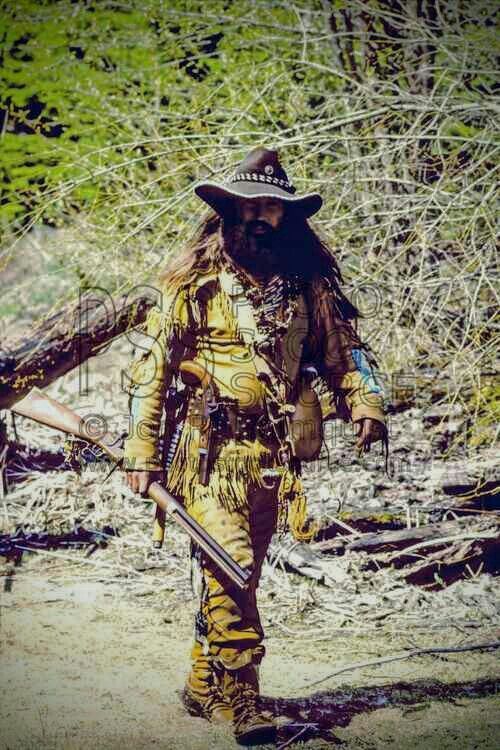 Derrick was born in 1985 to john and Martha buckhorn. His father was a local sheriff with the police department and his mother was an elementary school teacher. The early years of his life were relatively normal he had a loving family who could provide him with a comfortable middle class life. Derrick's Grandfather was a world war two veteran and his grandmother was a Native American from the Salish tribe. His Grandparents were not able to visit very often due to their home being deep in the wilderness of northern Montana and his grandmothers degrading health problems, but when they did Derrick would absorb all the knowledge he could from them. Derrick would sit with his Grandmother for hours learning about the guardian spirits and traditions of the Salish people he would even learn the Salish language from his Grandmother who began calling him Odina meaning raccoon due to his ability to find his ways into trouble wherever he could. Derrick looked up to his father and grandfather as heroes as a child wanting to follow in their footsteps as he grew older. His Father's work would catch up to him eventually when he and his wife would be killed on their way to an anniversary diner by the movers of a drug kingpin he personally worked to put behind bars when Derrick was eight years old. The death of his parents would harshly affect Derrick who became more reclusive and defensive as a result. Derrick would move in with his grandparents after the death of his parents the beauty of nature and the secluded atmosphere of his grandparents home helped Derrick recover from the trauma of his childhood. Derrick would immerse himself in nature with his grandfather who taught him to survive of the land by hunting, fishing, foraging, and farming. Derrick would also find solace in working on his grandfathers 1942 ford tractor and his 1960 Chevy apache which was their family's only vehicle. During puberty Derrick would undergo nightly vigils under the guidance of his grandmother in search of his spirit animal. after weeks of meditation he finally received his vision which came in the form of a raccoon. Not long after completing his spiritual journey his grandmother succumb to her illnesses passing peacefully in her sleep. Derrick and his grandfather would burry her in a field of flowers by their home. Derrick would spend the next few years mastering his hunting and foraging skills with his grand father. During this time Derrick would spend weeks at a time on hunting trips in the mountains surrounding his home one of these trips going wrong when on the way down the mountain with his kills a stray old male wolf would attack him biting into his arm with him barely being able to grab his hatchet and wound the wolf scaring it off this would leave his arm scarred for life. After returning from one of these trips Derrick would return to find that his grandfather had passed from old age and he berried him beside his grandmother. Derrick would keep up his family's estate for the next couple of years until he reached the age of twenty six. No longer content with his small life in the woods of Montana Derrick decides to travel the world taking in a variety of cultures and outlooks on life. Derrick would avoid hotspots for turmoil and war after the horrors he saw in Ukraine in 2014 and again while exploring Taiwan in 2020. Repulsed by the savagery of the world governments and its wars Derrick found a small and peaceful life once again in 2021 when he built himself a log cabin in the wilderness of Nyhiem with his only connection to the outside world being a small crank powered radio. It was threw this device that he learned of the horrors' transpiring around him at the hands of the AVM-FLA-21NS variant. It is in this world of horrors' that Derrick has made a promise to himself and his ancestors to survive with the help of the guardian spirits and his spirit animal to teach this new world how to survive as he does.