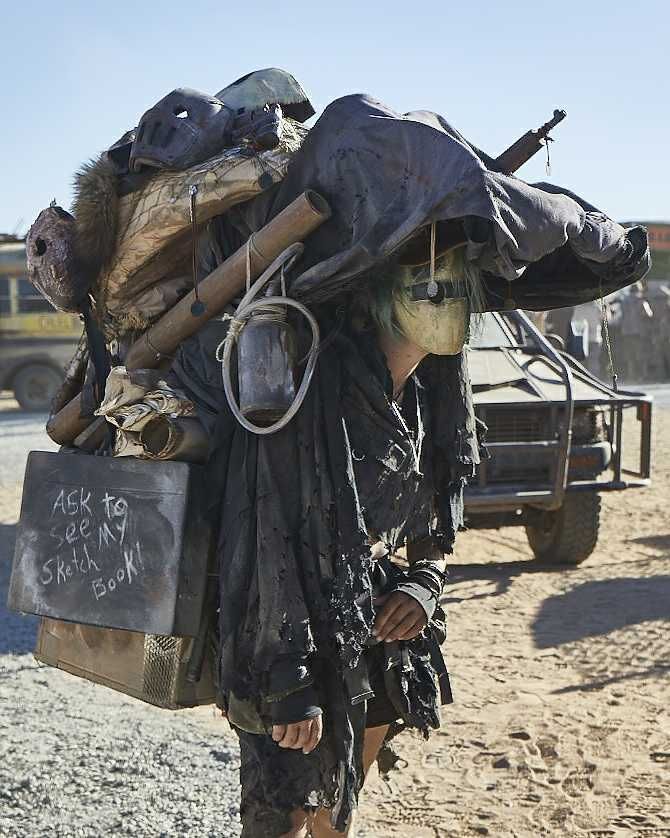 You ever had everythin' you ever wanted? Then in one night it's gone. Like some fucking nightmare, that you wake up from with a moment of panic thinking it is actually reality. Yeah. I have. I had everything. I found companionship in this hellscape, we had a daughter, Melody. She was three. A small community up in the mountains. We had water, food, resources. We were on the way up. Then, some raider fucker stole in in the middle of the night. Burned, killed, I'm sure every other act of devilish attitude was sinned. Daughter, dead. Companion, Dead. Fucking hell, even my dog, Dead. I was beaten over the head. Knocked cold. Left for the dead. So here I am. On the path of vengeance. Out here in the Wastes. I'll find those raiders, and when I do. Boy Howdy will they know it. For now I wear my trader guise. Travel from one end to the far end, till I find them.