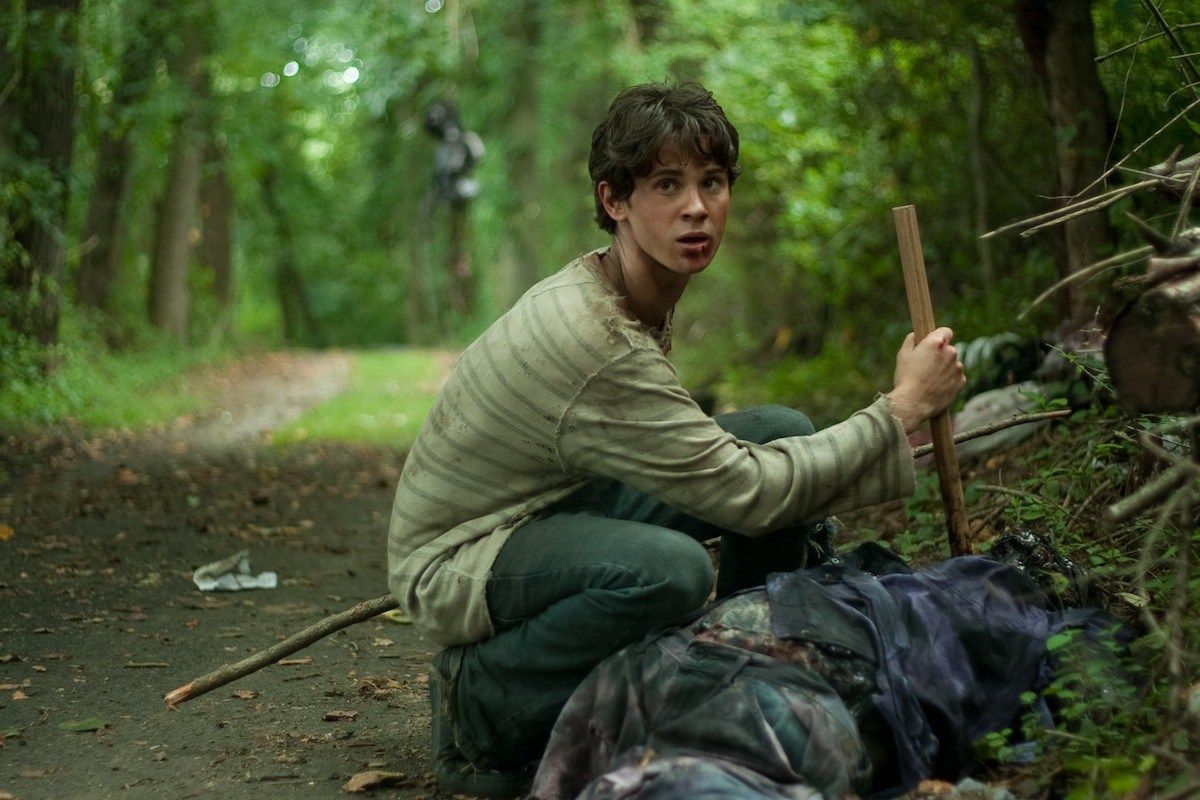 Theodore was born in Santiago, Chile in 2006. His family were poor and could not take care of him, at the age of 7 he was sent to live with his grandparents in the UK. He grew up bilingual his grandfather only spoke to him in Spanish to ensure he held tightly to his roots. His life was perfect, he missed his parents but was always thankful for being sent to his grandparents, his grandad was a hunter, a farmer and an ex army general, Theo loved nothing more than to sit with his grandad and listen to his stories. His grandad taught him everything he knew and shaped him into a strong, brave and smart young man. And his grandmother, she was kind and incredibly brave. She had travelled the world, climbed mountains and explored caves, Theo was amazed by his grandmothers past. She was also caring and taught Theo the value of life, that everyone needs to be given the chance to prove themselves and that he must always watch out for the people in need.

Life was great for Theo, he was raised by incredibly strong individuals and his childhood was full of adventure and love. But that all changed in September 2018, he came back home to his grandparents sobbing, something he had never seen before, he was concerned. His grandfather sat him down and told him that his grandmother had been diagnosed with a rare disease and that she needed life saving surgery in Norway. He was devastated but he did not let this weaken him, if anything it made him stronger. They swiftly moved to Norway and his grandmother received the surgery she needed. They decided to stay in Norway as things seemed better here, his grandmother was healthy again and that's what mattered the most to Theo.

Just when they started to settle in, the virus was discovered. They held tight, wishing for better days. Although Norway seemed to be doing better than other countries after months and months of lockdowns...things weren't going well. They decided that they where going to leave the city and attempt to live in the surrounding wilderness, they had all the required experience and knew they needed to stay away from highly populated areas.
After months of surviving, killing local wildlife, growing their own food and creating weapons out of sticks and stones... things started looking up for them, they lived as comfortably as you could in the apocalypse. Things changed one day as his grandmother had accidently caught a fellow survivor in a bear trap. As the kind woman she was, without a second thought she knew she had to help him. She got him out of of the trap and brought him back to camp. Theo's Grandfather was furious, he was adamant that we must stay away from survivors... but Theo's grandmother was a stubborn and kind woman and took no notice of what her husband had to say. She instructed Theo to collect bandages and supplies to help this man and Theo who always held the same kind heart as his grandmother silently nodded and went off on his way.

He scavenged for supplies for a day and slept in a tent before going back to his grandparents... but as soon as he entered their camp he knew something was wrong, very wrong. Everything was destroyed, he couldn't believe what he was seeing... he didn't want to. He frantically called his grandparents names and eventually he stumbled upon a horrible sight, his grandparents lay side by side, mangled and all their gear was gone. They where dead and he was left alone and in pain. With no sight of the survivor. He sobbed as he buried their bodies, but he knew he had to keep moving and went on his way.

He now spends his days surviving, avoiding survivors and trying to navigate this world as a teenager with no place to call home. He holds his grandparents only in his memories now but he will always be a reflection of the incredible people they were. He still holds true to his morals and he will always go out his way to help those in need even though that's what killed his grandmother... he knows that's what she would have wanted him to do. But if someone takes advantage of his kindness, they'll be sure to regret it.