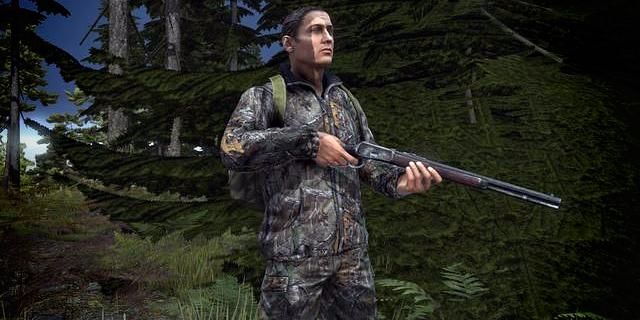 Alex is born in France where he became a hunter in the Vosges just like his father and grandfather before him. He learned to craft trap and mastered his sharpshooting skills. He lived in a shack in the mountain with his wife and kids self sustaining with his hunting skils. When his son got older he went to move in Nyheim for his study. A few years later his son disappeared, Alex decided to move there to investigate on his disparition but once arrived in the country everything turned to shit. He was able to stay alive by avoiding any cities and people and kept doing what he knew, hunting animals to keep leaving. He's of an introvert nature but quickly learned that he needed to do some troc with other survivors in order to get medicinal supplies and other stuff he could not find in the wood. He's still hoping to find his son. During the apocalypse he did not had any news from his wife in France, he's still trying to contact her. His principal objectives are to find his son and find a long range radio station to contact France and know if his wife is still alive. Alex is of a pacific nature but is ready to do anything to find his family even if he has to kill other things than dears.