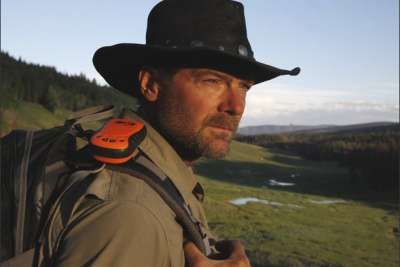 Danny Thorn was born in Hardy, Montana. He was the son of an Accountant and a Nurse. He lived a normal child hood up until he entered his freshman year of high school, where he was offered a part in the outdoors club as the treasurer. At the time his main focus was doing good in school and getting scholarships to follow in his fathers footsteps and become and accountant like him. He soon realized that joining that club put him in the position he is in today.
He had gained a love for the outdoors and all things nature. from camping to learning how to set advanced traps. he even learned to make homemade wooden sculptures because of the nature bug. His past dream of going to school was pushed back, for a new dream of introducing people the magic of the outdoors. After high school he got a job as a survivalist's assistant. this entailed of spending many weeks out in the middle of nowhere all over the world. He was taught how to teach people how to survive. how to push forward if something were to happen and they were lost.
Around the year 2017, Danny went to the Europe and started his back packing adventure. he had a goal of reaching every country and exploring its off the grid features and sights. he soon found himself in the country of Norway. he loved the area. its snow covered mountains, to its lush forest. it called to him, so he set up home there.
When the virus hit, Danny had the same reaction as most. he was confused as to how this would happen. But more then worried he was thankful, that he lived not in a major city. but in a lowly cabin. he feared what would happen to the people of the area. how many would die? how many families broken apart? what would his mother and father go through? He tried to stay calm during the beginning, panic never helped anyone he thought.
Things didnt stay good for him for long. his cabin ransacked as he was out gathering firewood. He decided it wasnt safe anymore, and decided to leave home. to this day, he searches for a safe home. hoping to find people to help, to teach people how to survive, but most of all- to survive for himself.