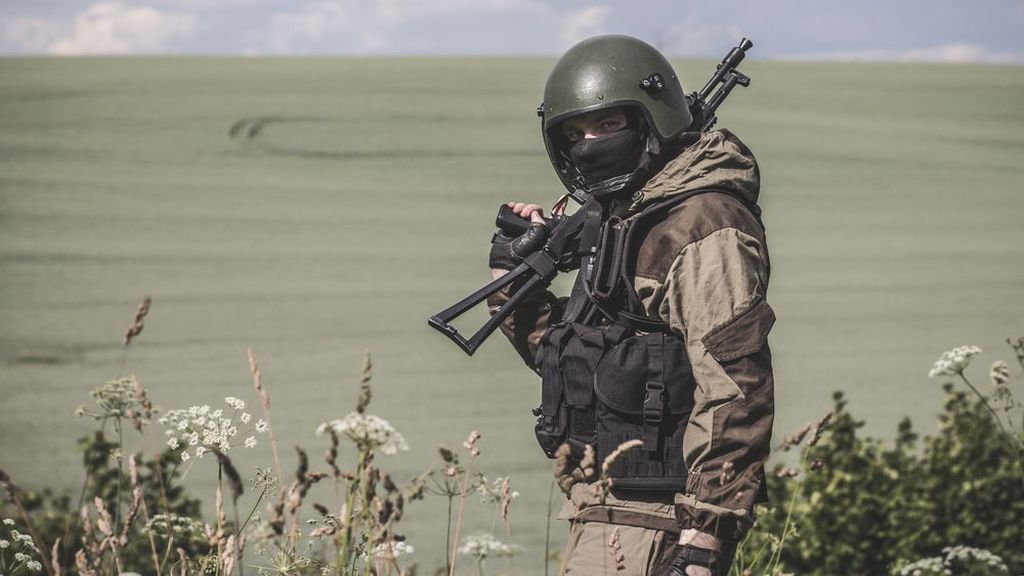 Born in South Africa, Luan Khan was a boy from the middle class, although the middle class within South Africa would be deemed poor in other nations. His parents gave their all for their child, Luan received an education quality that was only possible because of the circumstances of his birth. His mother was a teacher and his father a semi-successful sheepherder, Luan was homeschooled for the majority of his younger life. This changed
when the blackleg disease unknowingly spread amongst his father's sheep resulting in a major loss which the family was unable to come back from. This loss led to Luan learning the darker side of his family's success which was backed by a rather large number of loans that up to this point they had been able to pay off with the sheepherding business. His family was taken from him after failing to pay these debts, his father hiding him, and having Luan run as soon as possible. He never saw his family again.

Luan who had been now pushed out of his home immediately looked for work at the young age of 16 to survive life; he spent his next few years labouring in construction, ditches, and poverty. Skimming by life on a hair that could snap at any moment. Life was dull and bland, and sometimes Luan wasn't sure it was worth it to continue on but... Eventually, the push came at the age of 19, and that push was war. The M23 rebellion occurred in the DRC which brought in South Africa and in turn Luan, who was recruited into the South African army. After the war, Luan had forged bonds with many of his fellow soldiers... Many of which didn't feel the South African Armed Forces were holding up to the promises made to them. On the way home it was decided that they would desert during the night and form their own group, this group travelled across Africa taking part in conflicts across the continent. They spent years cultivating their skills but as they did their rather large group dwindled into only a few tens of people who remained alive.

Then he began to hear about an outbreak... a pandemic, and as their Private Military Contractor group began to fall short in the money business and turned more and more towards banditry destroying their credibility, many wished to return to South Africa and their respective nations to help those they left behind. Luan conceded, the group disbanded and he returned to South Africa to a vastly different but at the same time... familiar landscape. Streets were becoming empty and cities devoid of life due to the pandemic, at first Luan wasn't sure what had changed but that's when he saw the first signs of rot that had taken place in the pandemic.

The last nail in the coffin was the outbreak of AVM-FLA-21NS following the aerosolized inoculation within South Africa, at this time Luan had been taking a break from his work. Using his skills taught by his father Luan investing in a farm. He began noticing changes whenever he rode into town. The change was quick, news stations reported 'riots' and 'violent outbreaks' regarding the pandemic. Cities and towns quickly became ghost towns putting strain on his farm as he had to travel further and further to get supplies. Once this shifted and the authorities began to realize what had occurred it was far too late, South Africa was merely simple cities kept together with military force. Luan took the outbreak as a sign, he gathered up the rest of his material possessions and left, following calls and radio signals North hoping for greener pastures along the way.

| A wanderer they named me, a wanderer I shall be |

Luan traversed the continent of Africa even in its newfound silence, through the burnt jungle of the Congo and thirsting desert of the Sahara.

Reaching the now ruined sleeping sandstone cities of Morocco, he continued on.

In the anarchy of Europe, he watched in awe the capitals of European power collapse, then continued on.

Still Northward he went into the coldness of the East, across the muddied Dnieper and the still waters of the Saimma, he continued on.

Before reaching the bitter cold of Nyheim.