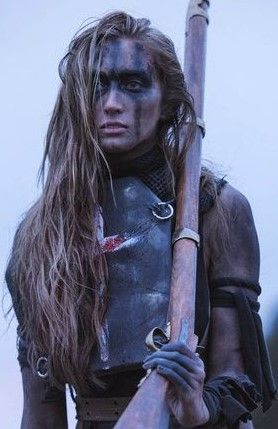 Elizabeth "Lizzy" Black moved to Nyheim in 2016 from New Orleans with her husband Jackson. As much as New Orleans was home, they wanted to start a life experiencing the culture of a different country. For about three years life was going smoothing for them then the virus known as AVM-FLA-19 happened. The city automatically went into lockdown shortly following the outbreak putting everyone's daily lives on hold. Everyday Elizabeth made sure they got their daily stipend and did her best to keep hot meals on the table for her and her husband. Life started to become slightly more stressful for Elizabeth and her husband as the lockdown continued. Her husband was an outdoors kind of man and being cooped up inside all day was starting to weigh on him as well not being allowed to work. Elizabeth being the home body that she was didn't mind it so much, but the strain on her husband was beginning to put strain on her as well. After some time, Elizabeth started coming up with projects for Jackson to do outside effectively getting him out of the house for extended periods of time, and for a while this worked up until that blaring emergency broadcast sounded throughout the streets. That was the day their life ultimately changed forever. Hearing the broadcast Elizabeth immediately ran to find her husband who was about to walk outside. She threw her entire body against the door slamming it shut and locked it before he could leave. He looked as if he was about to yell at her when she put a finger to her lips telling him to stay quiet before pointing outside where the broadcast was still being played. After a few hours of complete silence, they started hearing what could only be described as vicious animals mauling each other. Sneaking a look out their window what the saw caused utter horror. What they thought was wild animals was actually their neighbors literally mauling each other to what seemed like to death. Jackson quickly grabbed Elizabeth from the window shutting the curtains so that no one could look in or out. He pointed to the basement and motioned for her to follow him. Turns out the projects she gave him ended up coming in handy for he had reinforced the basement door as well as stocked it with necessities to survive. For how long they were down there well they couldn't be sure. It wasn't until the ground was rocked by what felt like a big earthquake that they came out of the basement. Seeing the sky lit up with what could only be described as an inferno they realized they couldn't just stay here. Their house was in shambles, the front door seems to have been ripped off its hinges, windows were shattered, and it looked as if their house had been ransacked. Their food supply in the basement was starting to dwindle, and with no longer being able to ensure his wife's safety Jackson worked with her to come up with a plan. They gathered what they could and set off to find someplace else to hopefully find safety in.