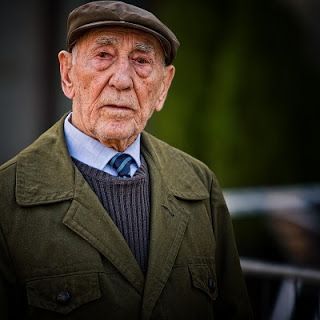 As soon as Martin was old enough to join the army he did. and so he began his long awaited and short lived military life. After going through basic training, Martin was deployed in to Ireland in 1973, while deployed, Martin took part in many patrols and other general activity, that was until one day during a patrol, Martin and a few other solders were caught in the detonation of a car bomb. Although the bomb killed a few of his friends, Martin was lucky enough to survive the explosion but was rushed to receive medical care due to the amount of fragmentation that had buried itself in to Martins left arm and leg.

After some time to heal, Martins injuries were deemed bad enough to negatively effect all of his duties for the "foreseeable future" and as a result, he was given a medical discharge and sent back home. Martin felt ashamed and as the weeks started to pass he began to show signs of PTSD.

Over the next few years, Martin began to express to his friends and family how disappointed he was with his time spent in the Military and how upset he was that he would never have war stories like his father and grandfather did to his son when he had one, Martin was desperate to experience military life, but was now unable to. That was when a friend of his suggested he partake in Battle re-enactments, and with some persuasion Martin agreed to do one.

During his first re-enactment, Martin fell in love with it all and he went on to partake in many many more, from Saxon battles against the Norse, to the battle of waterloo and much much more. Each battle he re-enacted became a cherished memory for him as it was the only way for him to feel like he was a warrior.

As the years dragged on, Dementia began to set in to Martins head and he became a confused old man who could not remember anything clearly. he began to tell his children and grandchildren about the time he fought the French at waterloo or the time he stormed German trenches during the great war. it was clear he remembered he was once a real soldier, but he had lost the ability to remember what war he actually fought in and what battles he re-enacted.

Just before travel was banned, Martin and his family had taken a trip to Norway as a kind of family holiday and unfortunately became stranded there. in the coming weeks Martins condition worsened and he began to believe he was fighting in one of is wars every so often. he became very difficult to look after and as a result on day he woke up alone, his family had left him.

Now alone and confused, he does not know where he is or what is going on, he has survived purely by chance, luck and the kindness of strangers. in return for food, water and shelter, Martin tells the people his war stories, until he wonders off lost again in his own mind.

He has stumbled and be led to a new area, and is now searching for his old helmet and shield and his FAL. but he moves slowly and many do not have the time to worry or care about an old man anymore.