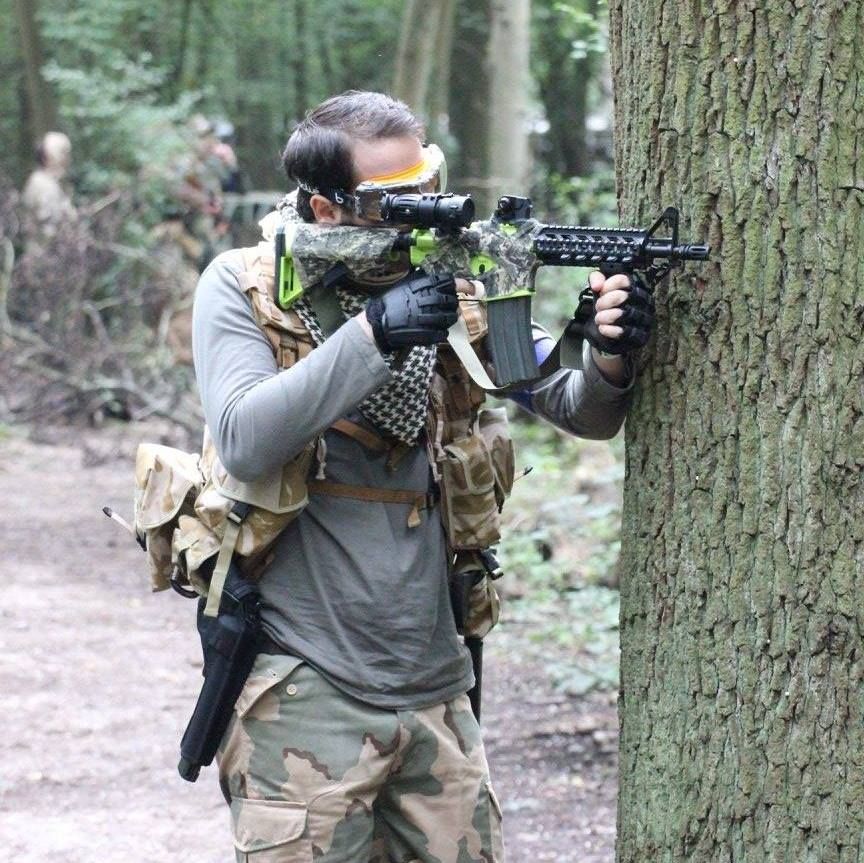 Born to David & Mally Clover, Robert was a bit of a hell raiser as a kid, often getting into fights and trouble with other youths around Colchester. coming into adulthood with little to no prospects, he joined the army and found the purpose in life he never had before.

After doing well in training, he found his true calling as a field medic, finding himself much better suited to helping people than shooting them. Some years later however Robert suffered a back injury in a training exercise, causing him to lose significant mobility in his spine, breaking his L1 vertebrae. He still manages to go out into the field, but struggles a bit to keep up with the younger survivors around him.

The road to recovery was a long one, but his brother Michael helped him through it by taking care of him. This is something Robert never forgets, and as a result he has a strong sense of loyalty for him, willing to do anything for them.

After an issue with the area where they were from, Robert & Michael paid their way onto a boat heading to Norway, hearing that the cold up there was enough to make the infected less of an issue. However, getting close to land, there was a small explosion on the boat that caused it to capsize. Michael swam down and managed to get Robert to the surface (Robert was never a strong swimmer) and they clung to some flotsam. Shivering deep into the night, Robert lost consciousness and this was the last time he saw his brother.

Upon waking, Robert found himself in a small shelter just off shore of Nyheim, his clothes changed into warm and dry ones, and some basic supplies left with him, but no sign of his brother. Stretching himself off, he sets off in search of what happened to his sibling, in the hope that he may still be alive.