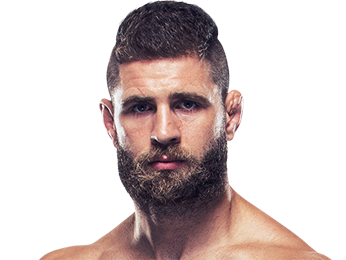 Jason had a rough childhood, his family was poor and food on the table and a roof over his head wasn't guaranteed. They would drift from house to house, oftentimes living on the streets, rooting through garbage just so they wouldn't go hungry for the day and finding what clothes they could to survive the brutal winters. That doesn't mean that his parents were bad to him, however. It was his father, in fact, that taught him not only how to survive these rough times but also instilled upon him his morals that he still follows to this day. Do what you can to survive, but if possible make sure it isn't at somebody else's expense.

Jason did lose his way for a period of time during his teens when his father died, leaving him to care for his family. He would set out every day to provide for them, and that did mean sometimes stealing from others. He did try to not take from those who needed, but things weren't always so simple. Often times he'd get into fights with not so friendly faces, taking from them what he could to provide for his family after he'd beaten them to a pulp. It did weigh heavily on his conscience when he would have to do these things, even if the people might've deserved it. However, you have to do what you have to do to survive, right?

One especially brutal winter night, Jason picked a fight with a particularly seedy individual over a blanket that he had found as a gift for his mother, and soon realized that he had bitten off more than he could chew. The man got the better of him and as he was starting to go unconscious from the beating, sure to himself that the last image he would ever see was this man above him raining down blows, a savior stepped in and wrapped his arms around the lecher's neck, choking him out. Jason, bloodied and bruised, sat up and started to thank this guardian angel of his before the man stopped him mid sentence and said, "I heard how this all went down, and if this is how you're going to carry on living, you might as well learn how to actually fight." The man, who Jason soon found out was named Jiri, took Jason under his wing and taught him how to defend himself properly. For years Jiri trained him, making Jason participate in MMA fights until he could make a living out of it, finally moving his family out of the streets or slums they had been living in and into a proper household. Jason grew close to Jiri, forever in his debt for making a new life for him.

On September 2nd, 2021, Jason travelled to Norway to expand his MMA knowledge and skills. It was hard to train due to the lockdowns, but most of the time training was performed with secrecy in basements in houses and small establishments surrounding Nyheim. It was perhaps idiotic to be around others during these times, but Jason pushed those thoughts aside and, thankfully, didn't contract AVM-FLA-19. Jason was out in the countryside training with just him and a couple others on September 14th, and didn't realize what was going down in the city. It wasn't until a couple days later that the news reached him, and he realized the gravity of the situation. Jason set out to find a way back home, as he wanted to be with his family during these times, before he realized that there was going to be no way to get back home. Knowing the cities weren't safe, Jason set out into the wilderness, returning to his roots as a drifter.