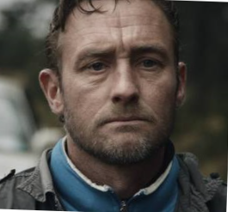 Séan de Moiréish was born in Tipperary in the nineties into a community based in Cashel. This community was a Celtic, Druidist cult who spoke Irish. His father was killed in a mugging when he was just six, the murderer getting away without any punishment. His mother would often catch him in his early teenage years ranting about how something needed to be done to bring the killer to justice, but would tell him that he needed to let it go. He was a smart kid, always using his head rather than his heart when it came to most decisions, though being human, he would often make the natural emotional decisions. His accent of English was an americanised one as the only TV he was allowed to watch was old American shows like Cheers, Fraiser and Seinfield. He would pal around with the other teens in his community and get into trouble for stealing cigarettes and alcohol. His mother would find out and give him all types of lectures. When he was 18, his mother got sick. Her condition got worse and worse and he cared for her until she died when she was at the age of 58, he was 26. He stayed around helping out his community, doing odd jobs. He had a knack for working with anything mechanical and was proficient when it came to using his surroundings to survive. Despite all this, he felt empty. His teenage years behind him and with nobody tying him to the community, he felt alone. He decided to head out and explore beyond the island he had been confined to in search of a greater purpose. He heard from a friend that there was a ferry run by a couple of shady men going from Antrim, up north, to Ayrshire and Arran in Scotland. In one book he discovered the English equivalent of his name would be Jack Marsh and he adopted this name when he left the cult.

He spent a month in Scotland in a town near Dunnottar Castle. He got along well with the Scots but in the back of his mind was the continent. He took another criminal ferry from Aberdeen to Norway. On his way to Norway the men operating the ferry robbed him for all he had and he was forced away from the shore at gunpoint. He searched town to town, cold and afraid for anyone. It seemed the world he had arrived in was much different to the one he departed from. Dead walking the streets, bodies stacked up and buildings delapitated. In one town he found a library and set up camp inside. He combed through the books in the library searching for any form of entertainment and stumbled upon a book that contained the constitution and an abundance of laws that were used in America. He studied this book throughout the night and became obsessed. Carrying it with him on his months of travel through Norway, he had it practically memorised. He felt great purpose in the justice displayed in this book and as he crested a hill one snowy day, he saw lights. He took a swig of his whiskey and carried on walking until he found a makeshift sign pointing into the area. Wiping his brow, he squinted and read the sign. "Nyheim."